Hurricane wind demolished roofs and tumbled down trees in Chita 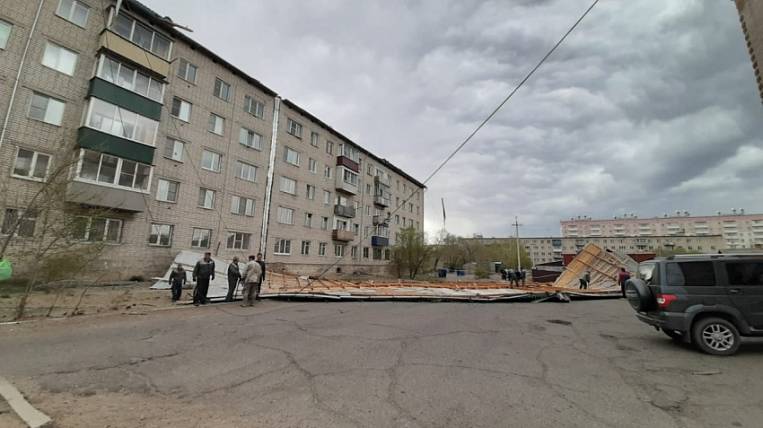 The roofs of several houses and social facilities were torn off by a hurricane in Chita. Also, trees, advertising structures and poles were felled from the gusts.

Due to the strong wind, three people were injured in the city, one ended up in the hospital after the profiled sheet fell from the roof. After providing medical assistance, the victim was released home.

According to the press service of the Trans-Baikal Territory government, the governor instructed to quickly eliminate the consequences of the hurricane in Chita. He also asked for money to repair the affected social facilities.

A storm warning has been announced in the region. In the afternoon of May 13 and during the night of May 14, gusts of wind reached 25-30 m / s.