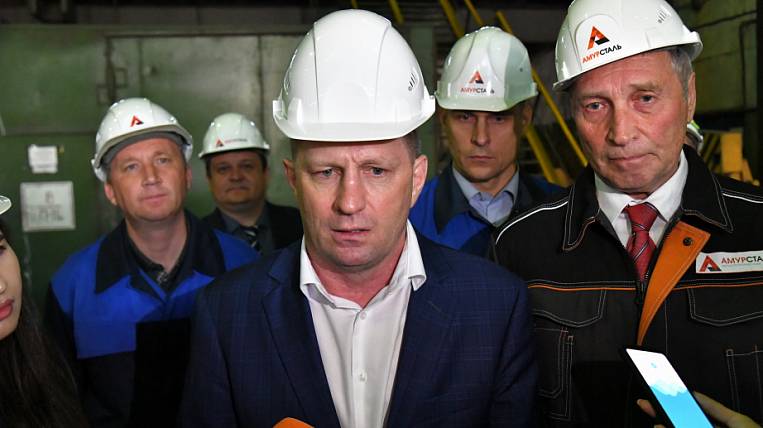 The Office of the Federal Antimonopoly Service for the Khabarovsk Territory appealed to the head of the Federal Antimonopoly Service of Russia Igor Artemyev regarding the creation of a collateral fund to help the Amurstal metallurgical plant. The ministry believes that such a decision of the regional authorities violates antitrust laws, and intend to give a warning to the leaders of the region.

Antitrust officials believe that the creation of a collateral fund to help Amurstal violate the law on protection of competition. As reported Daily storm, the department believes that the creation of the fund, as well as forcing banks to maintain the credit lines of the enterprise and open new ones, can create preferential conditions for the organization in entrepreneurial activity.

The press service of the UFAS in the Khabarovsk Territory EastRussia reported that they would not comment on the situation, since this relates to internal correspondence of the department. Until the case is made public, OFAS refuses to tell if they are considering the situation at the Amurstal plant.

Also Basmanny court of Moscow arrested for two months former deputy of the Zakuma of the Khabarovsk Territory Nikolay Mistryukov. He is suspected of murder and attempted murder. According to the Unified State Register of Legal Entities, Mistryukov owns 25% of Toreks LLC, the same percentage belongs to the wife of the governor of the Khabarovsk Territory Sergey Furgal Larisa Starodubova.

Recently the governor said that he is colossal pressuree. He also reported on the dirty methods that are used against him in the story with "Torex". After that, the regional authorities announced that they were preparing to create security fund for the Amurstal plant, which is part of the Torex group. The fund will include objects and property, which is in the regional ownership, with a total value of about 130 billion rubles.

And about. the chairman of the regional government, Yury Zolochevsky, said that the plant could survive a raider seizure, and instructed to prepare an appeal to law enforcement agencies to check the legality of the actions of the security forces to seize documents.