First Vice Governor of Primorye Vasily Usoltsev discussed with scientists from the Far Eastern Branch of the Russian Academy of Sciences and the Far Eastern Federal University the development opportunities "Yaroslavl GOK, "the press service of the head of Primorye said.

As the Doctor of Technical Sciences, Professor Pavel Gordienko, today at the enterprise in the village of Yaroslavsky accumulated about 30 million tons of production waste. They contain up to 20 percent of calcium, beryllium, lithium, rubidium and cesium fluoride in the form of minerals.

According to scientists, all this can be extracted in the form of salts or concentrates for further processing.

So, according to the doctor of technical sciences, Professor DVFU Viktor Dostovalov, in particular, beryllium is used for the production of space technology, in the nuclear and metallurgical industries. In Russia today, this element is not extracted, but purchased from abroad. Consequently, in the future this seaside products can be claimed at the level of the whole country.

Scientists also noted that in the village of Yaroslavsky enough specialists who can engage in new production, there are qualified chemists, geologists, engineers.

Vasily Usoltsev stressed that the proposals of scientists are quite promising. Following the meeting, it was decided that the project developers will prepare a technical task for the creation of an experimental facility for processing waste and extracting useful elements from them.

“It is important for us to launch production at Yaroslavsky GOK. But it is also important to understand what products are in demand on the market today for the enterprise to be successful. If what you offer is in demand, we will make every effort to support the project, ”said the first vice-governor. 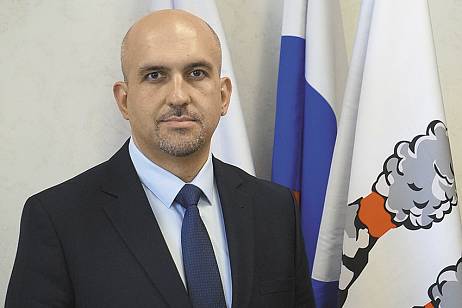