Scientists: the ancestors of the Indians were the ancient inhabitants of Lake Baikal 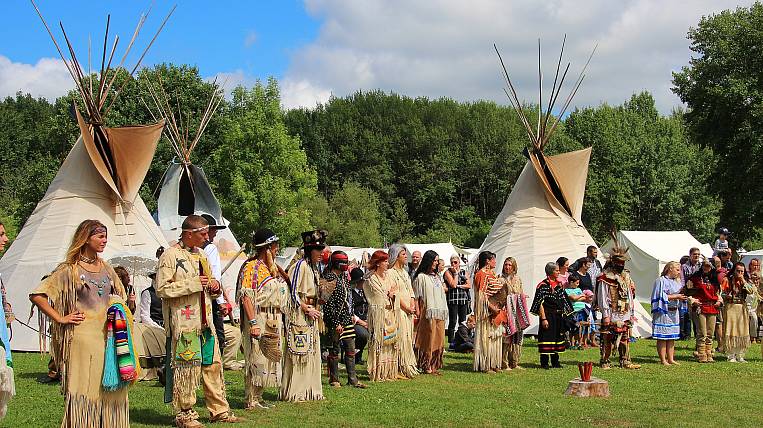 A publication with new scientific data appeared in a scientific journal Cell. As one of the authors of the work, a paleogenetist from the Max Planck Yu He Institute for the Study of the History of Humanity, said in a new study, the deepest connections between the first Indian tribes and the people who lived in Siberia during the Upper Paleolithic were revealed.

The new data will help in the first place to find out how America was populated. According to the basic existing theory, people came to the circumpolar regions of Eurasia about 17-24 thousand years ago. In the next ten thousand years, the ancestors of modern Siberians settled the territory of North America.

It was previously believed that North America was settled by immigrants from South Siberia and Altai about 14-15 thousand years ago. Moreover, scientists believed, then there was a single wave of migration. After decoding the DNA of some ancient Indians, it turned out that this was not so. According to the data, modern Indians appeared after three or even four waves of migration that occurred at different times. This is evidenced by the genome of the found ancient remains of the inhabitants of Siberia and Alaska, which were found on Lake Baikal, in the south of Western Siberia, Chukotka and the Far East. Fragments of teeth, bones and other parts of the body were studied in detail.

Scientists' special attention was drawn to the tooth of an ancient man, which Soviet archaeologists as early as 1962 found in the vicinity of the village of Ust-Kyakhta during the expedition of Academician Okladnikov through the south of modern Buryatia. Its owner, according to new estimates of scientists, lived in the southern vicinity of Lake Baikal about 14 thousand years ago and was a contemporary of the first ancient Indians.

An international team of scientists, including anthropologists and paleogenetics from Moscow State University and the Institute of Archeology and Ethnography SB RAS in Novosibirsk, found out that an ancient resident of Lake Baikal had interspersed genomes of the so-called ancient northern Eurasians. These inclusions are characteristic of the first inhabitants of Eastern Europe, Western Siberia and Pribaikalye of the Stone Age and northeastern peoples of Asia, whose descendants today live in the Far East. This came as a surprise to geneticists who expected that North Eurasians would be completely replaced by East Asian peoples by then.

Moreover, the same genome is characteristic of the ancient Indians and their modern descendants, who now live in the USA, Mexico and other countries of the New World. It turns out that the owner of the tooth is the most ancient direct relative of the Indians.