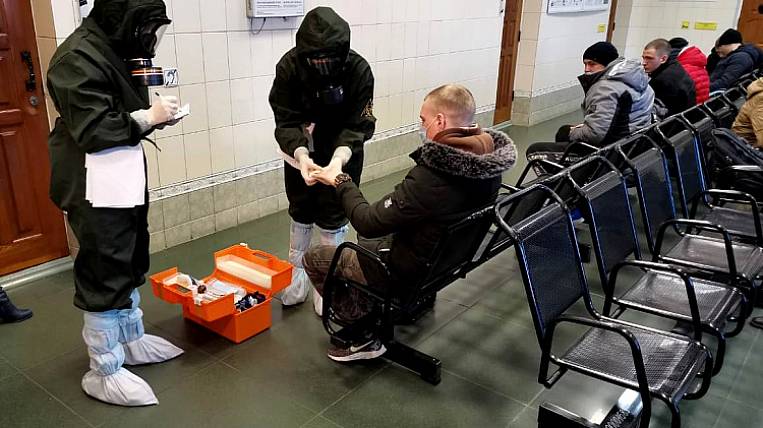 In Primorye, they decided to work out the actions during the spread of coronavirus. According to legend, the patient was found on an intercity bus, so I had to look for the infected.

Despite the fact that there are no cases of new coronavirus in the Primorsky Territory, according to the press service of the regional government, all services are preparing to repel the disease. Participants in the exercises that took place on the territory of the Lesozavodsk urban district were military personnel from the radiation, chemical and biological defense forces of the Military Eastern District, police, Rospotrebnadzor, firefighters, doctors, and railway workers.

According to legend, a passenger on an intercity bus turned to the driver with a health complaint and symptoms of coronavirus. The driver called a special ambulance team, which took the patient to the infectious diseases department of the district hospital. After that, the interior of the bus was disinfected. Later, exercises to identify cases were held at the railway station.

Since Monday, several regions of the Far East have introduced special measures to counter the spread of coronavirus. Students transferred to distance learningstate employees are limited trips abroad, and mass events prohibit.