Thousands of people rally in defense of Furgal in Khabarovsk 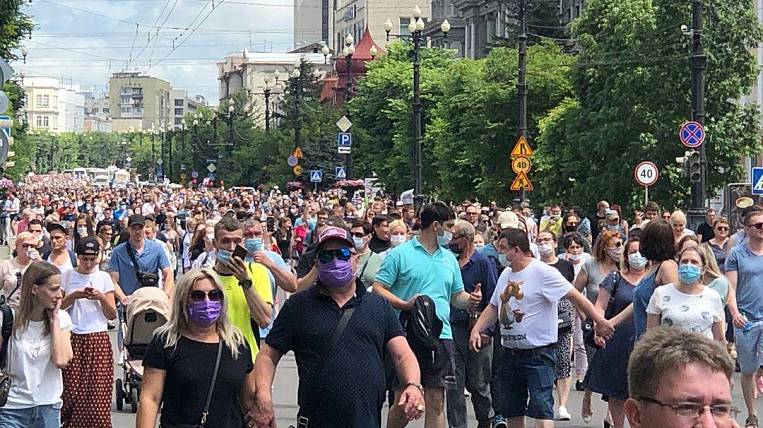 The center of Khabarovsk on the afternoon of July 11 turned into a venue for a rally. Thousands of people took to the streets in support of the arrested governor Sergei Furgal.

Residents of the region started talking about holding the rally on July 9, the day the head of the region was detained and sent to Moscow. The press service of the governor warned residents on social networks that participation in an unauthorized rally is fraught with fines. Now, during a pandemic, mass rallies are prohibited, but this did not stop people.

On this day, on Lenin Square, in front of the regional government building, they decided to carry out disinfection, the area was fenced. This did not stop the rally participants; they demolished the fences and broke into the square. Then several thousand residents of the region walked along the central streets of the city, chanting “Freedom to Furgal”, “Khabarovsk, we are power”. The streets were blocked, motorists whistled to support the protesters.

Small meetings on July 9 and 10 were held in other cities of the Khabarovsk Territory. Today, a procession in the city in support of the governor was also organized in Komsomolsk-on-Amur.

Sergey Furgal July 9 detained by employees FSB. His suspected of attempted murder and murder a number of entrepreneurs in 2004-2005. Testimonies against the governor were given by other participants in the case. They called the head of the region the organizer crimes.

The van was sent to Moscow, where he chargedhowever he pleaded not guilty. The Basmanny court on July 10 chose a preventive measure for the governor of the Khabarovsk Territory - hisarrested for two months.