CEC resumes preparations for voting on the Constitution 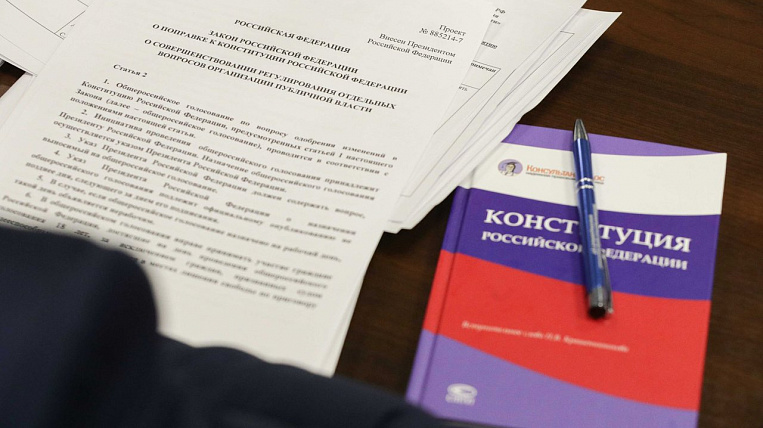 Photo: duma.gov.ru
The Central Election Commission resumed preparations for an all-Russian vote for constitutional amendments. True, the commission considered the question of the start of work behind closed doors, but the date of the vote has not been determined.

According to "Merchant”, At a closed meeting in the CEC, the regional election commissions received recommendations on measures to ensure sanitary voting. It is expected that all voters will be provided with poppies, and all members of the commission with protective suits. However, no voting date has been set; the provisional deadline is June 2020.

According to the head of the Central Election Commission, Ella Pamfilova, it was urgent to resolve the issue of voting. She prevented from informing the public about the videoconference, which, as Ella Pamfilova noted, was immediately published thereafter.

In addition to sanitary requirements, at the meeting, the CEC returned the right to the regional election commissions to conclude contracts for the supply of goods and services. Previously, funds for this were temporarily "blocked" - they were not allowed to be spent. In addition, it was also allowed from the budgetary funds to pay a salary increase to members of the commissions with the right to vote and to those who organize and prepare the vote.

As the head of the CEC noted, the vote will take place in any case, the only question is the date. Reducing epidemiological tension will allow, for example, printing houses to open and the CEC will be able to prepare ballots. According to preliminary data, vote will be assigned to 24 June.

Auto service disrupted due to cyclone on Sakhalin