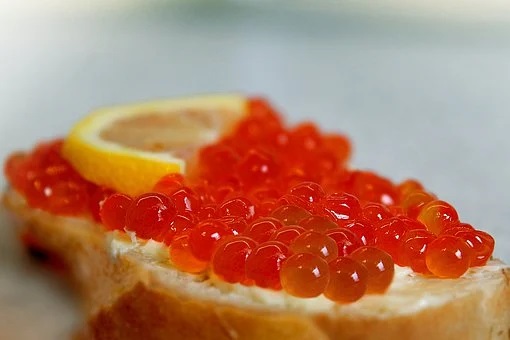 The price of red caviar in Russia has exceeded five thousand rubles per kilogram, reaching an all-time high. This year's successful Putin in the Far East has not lowered the price of this delicacy.

As the RBC with reference to Rosstat data, the price of red caviar has not reached such a level in the entire history of observations since 2000. Caviar has risen in price by 20 times in 7,4 years. On New Year's Eve, it costs 30% more than last year. The price of red fish also went up: by 16% for one kg of chilled and frozen salmon (on average, up to 845 rubles).

The Federal Agency for Fishery says that there are no prerequisites for a rise in the price of red fish and caviar. The salmon catch in the Far East this year amounted to more than 530 thousand tons. The production of red caviar for the first nine months of this year has doubled compared to the same last year - more than 20 tons.

As EastRussia previously reported, fish processors noted that despite good salmon fishing, red caviar will remain a consistently expensive product... The current wholesale prices have already started to rise amid strong demand from Japanese buyers and difficulties with logistics.