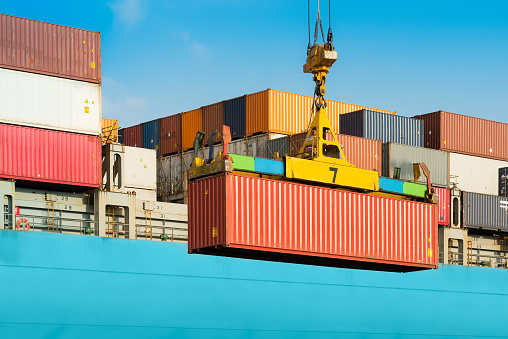 Governor of Kamchatka Vladimir Solodov asked the president's plenipotentiary envoy to the Far Eastern Federal District Yuri Trutnev to deal with the delays in cargo from Vladivostok. Some containers are delayed for three months.

As Vladimir told EastRussia Malt, now in the ports of Vladivostok many containers have accumulated awaiting dispatch. But due to delays, a difficult situation has developed on the peninsula. Food products are delivered on time, but there is a delay in delivery times for building materials, structures for the construction of playgrounds in Petropavlovsk-Kamchatsky.

After Trutnev's intervention, the governor added, federal ministries got involved in the problems with cargo. The Ministry of Transport and the Ministry for the Development of the Russian Far East control shipments in manual mode, providing a priority regime for the passage of necessary goods to Kamchatka, Sakhalin and Kolyma. However, they do not yet count on a quick and systematic solution to the situation due to changes in global logistics. Along with subsequent delays, Solodov expects a rise in the cost of transportation.

As previously reported by EastRussia in the Far East, the terminals for the transshipment of container ships are maximally loaded. The reason was a sharp influx of containers from China due to the rise in the cost of transportation through the Suez Canal. And on the Transsib and further by sea, transportation is 30-40% cheaper. Such situation will last until the end of the year.