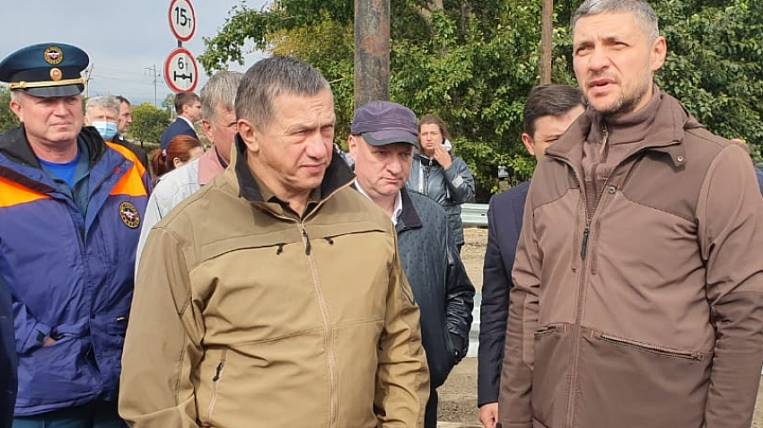 Plenipotentiary of the President in the Far East, Yuri Trutnev, checked the progress of restoration work after the flood in the town of Shilka, Trans-Baikal Territory. He assured that the authorities will help the victims to restore their homes.

According to the press service of the government of Transbaikalia, he demanded that the governor of the region, Alexander Osipov, bring funds to the victims within two days after receipt.

“The Government of the Russian Federation will allocate funds for the restoration and repair of housing in the Trans-Baikal Territory. Affected people will be given a choice - either to receive money and buy an apartment, or build a house, ”the plenipotentiary said.

In the Shilkinsky district, the disaster affected 5,5 thousand people - 14% of the district's population. Many residents have already received compensation payments of ten thousand, 50 thousand and 100 thousand rubles. To protect the city of Shilka, it is planned to build hydraulic structures on the Shilka and Kiya rivers. Residents of one of the microdistricts of the village of Bogomyakovskoye are planned to be relocated due to the collapse of the coast.

Yuri Trutnev instructed the Ministry for the Development of the Russian Far East to consider the possibility of providing funds for the restoration of social facilities in Shilka at the expense of the "Unified Subsidy" funds.

In the Trans-Baikal Territory, 17 districts of the Territory were affected in June and July, where emergency situations were declared. In total, there were almost 14 thousand people in the flooding zones. For partial reimbursement of the region's expenses for the payment of compensation to local residents from the reserve fund, the government provided 5,2 million rubles.

Earlier in September, the government allocated about 90 million rubles... The region experienced three flood waves this summer. Damage from flooding is estimated in 3,7 billion rubles.