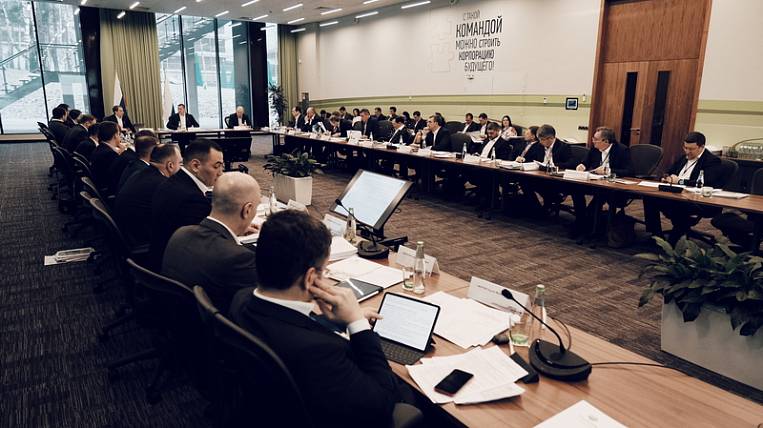 Deputy Prime Minister Yuri Trutnev called on development institutions to intensify their interaction with the heads of the Far Eastern Federal District. During the on-site meeting, their leaders reported on their work for 2019 and discussed plans for the future.

According to the press service of the Ministry of Eastern Development and Development, last year the Agency for the Development of Human Capital in the Far East and the Arctic helped to employ almost eight thousand people at local enterprises. A third of this number are employees of the fishing industry, 28% - mining enterprises and 17% - engineering industries.

Over the five years of operation, the Development Fund of the Far East invested 50 billion rubles in 20 projects, five of which are included in the top most effective in terms of the animated effect for the economy. Eight large facilities were put into operation.

Some of the projects were implemented by raising funds from VEB.RF, which made it possible to reduce the cost of money and extend the loan terms for businesses. In the new year, the FRDV is launching new projects in Kamchatka, Buryatia, Transbaikalia, Yakutia and the Arctic.

Thanks to the work of the Far Eastern Agency for attracting investments and developing exports to the region, 2153 billion rubles were attracted, of which 983 billion last year. Investors receive the status of residents of the TOP and invest in the forest industry, fish processing, shipbuilding, mineral development, healthcare, hotel business.

The Far Eastern High-Tech Fund has funded six projects worth 700 million rubles. They relate to the fields of IT, content delivery technologies, hardwar projects, energy storage technologies. Attention is paid to the Smart City project, which is being implemented in Vladivostok, Artem, Ussuriysk and Nakhodka.

The Far East Development Corporation reported to the Vice Premier on improving the regimes of the ASEZ and the free port of Vladivostok. Over the past year, more than 30 enterprises have begun work in the TOR. Thanks to the preferential regime, a new terminal appeared at the Khabarovsk airport, additional assembly shops of the Mazda-Sollers Manufacturing Rus factory and the Novy Mir fish factory were launched in Primorye. In Kamchatka, the Kamchattralflot fish processing plant was commissioned.