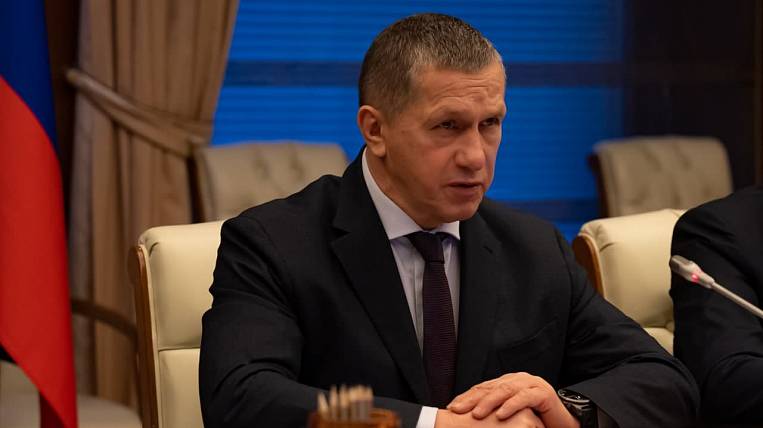 Plenipotentiary of the President of the Russian Federation in the Far Eastern Federal District Yuri Trutnev called on the heads of the Far Eastern regions to speed up the creation of master plans for the renovation of cities. The developments must be presented to the head of state at EEF-2022.

As EastRussia was informed in the press service of the embassy, ​​this was discussed on December 8 at an operational meeting with the heads of the Far Eastern regions. In addition to renovation, the agenda included the modernization of social infrastructure and the fight against coronavirus.

Yuri Trutnev asked the governors to take the issue of renovating cities with a population of over 50 thousand people, as well as the cities of Tynda and Severobaikalsk, under their personal control.

“The process will be competitive. We plan to create an authoritative panel that will select the best master plans. From how the governors deploy this work, and how well it will be done, it will depend on whether the regions receive funding or everything will go beyond the horizon of 2024, ”the plenipotentiary explained.

When developing documents, it is necessary to reflect the modernization of embankments, museums, the creation of high-quality urban spaces, walking and cycling routes, landscaping, cleaning of landside squares, the preservation of historical and tourist points of attraction and the construction of high-quality housing quarters.

As Alexei Chekunkov said, within the framework of the "Unified Subsidy", ten facilities were commissioned in the Sakhalin Region, three facilities in Buryatia, two facilities each in the Jewish Autonomous Region and the Amur Region, as well as one each in Primorsky, Khabarovsk Territories, Transbaikalia and Kamchatka. By the end of 2021, the construction of another 50 facilities will be completed.

When discussing vaccination in the regions of the Far Eastern Federal District, Yuri Trutnev noted that, in general, the growth rate of the incidence of coronavirus is decreasing.

“Over the past day, 2 patients have been identified. This is the lowest value in the last three weeks. The mortality rate of the population is decreasing. At the same time, the workload of the bed fund is quite high, exceeds 267%, ”the plenipotentiary said.

More than 1,3 thousand vaccination points operate in the Far Eastern regions. In general, the vaccination coverage in the Okrug exceeds the national average - 55,4%. However, the Khabarovsk Territory, the Jewish Autonomy and Primorye do not reach this figure.

The total bed capacity for accommodating patients with coronavirus in the district as a whole is occupied by more than 80%. A high level of bed occupancy was noted in the Khabarovsk and Primorsky Territories, the Amur and Sakhalin Regions, as well as in Buryatia.