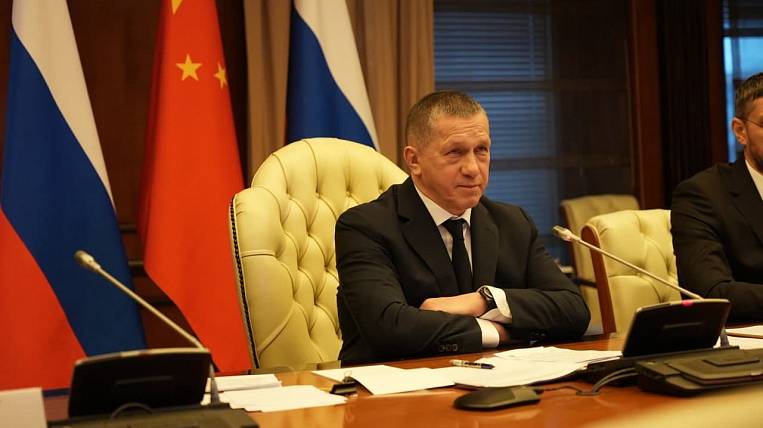 Yuri Trutnev, the plenipotentiary of the President of the Russian Federation in the Far East, invited Chinese companies to participate in the renovation program of Far Eastern cities. The decision to prepare a large-scale renovation of the cities of the Far Eastern Federal District was made by Vladimir Putin at the last VI Eastern Economic Forum.

As EastRussia was informed in the press service of the Ministry for the Development of the Russian Far East, the plenipotentiary spoke about this during a meeting of the co-chairs of the Russian-Chinese Commission for Cooperation and Development of the Far East and the Baikal Region and the North-East of China. The meeting was held via videoconferencing.

“We are starting to design, and in a year and a half we will start construction work. China has accumulated unique experience in large-scale construction. We would also like to invite Chinese companies to consider the possibility of participating in this great work, ”said Yuri Trutnev.

The plenipotentiary noted that China is Russia's main economic partner in the Far East. The trade turnover of the Far Eastern Federal District and the PRC for the first nine months of this year increased by more than 17% and amounted to $ 9,5 billion.

Work on the development of high technologies was noted among the main areas of cooperation. On the Russkiy Island, a special legal regime has been created with tax preferences and special conditions for foreign specialists. The main areas of activity of the innovative scientific and technological center being created in Primorye will be biotechnology, information technology and robotics, the world ocean.

“We are ready to work together with Chinese partners, and we invite leading research centers and technology companies in China to take part in the implementation of high-tech projects,” said Yuri Trutnev.

The meeting discussed the issue of foreign trade and transit cargo transportation through the Russian-Chinese border crossings. Trutnev suggested that the Chinese side consider the application of the "green corridors" mechanism to optimize the sanitary and quarantine regime for the passage of goods. During the conversation, the issue of ensuring freight traffic on the bridge over the Amur in the area of ​​the cities of Blagoveshchensk and Heihe was also considered. The parties agreed to make every possible effort for the earliest possible opening of freight traffic.

The issue of cooperation in the field of carbon regulation was also considered. According to Deputy Premier of the State Council of the People's Republic of China Hu Chunhua, the Chinese side is ready to implement joint projects related to energy efficiency, the use of alternative energy sources and others.

China also expressed interest in the implementation of projects for the production of frost-resistant building materials, in the field of urban planning, the formation of "smart cities".