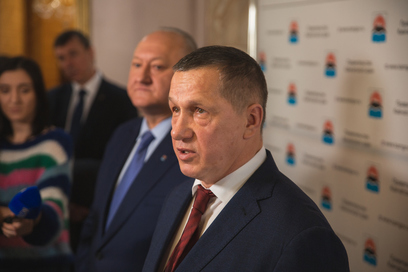 Photo by: kamgov.ru
Deputy Prime Minister Yuri Trutnev demanded to find out why the construction of the regional hospital has not yet begun in Petropavlovsk-Kamchatsky. In 2018, the project was included in the social development plan for centers of economic growth, 4,2 billion rubles were allocated for its implementation, but there is no object.

According to "Interfax", they decided to build the hospital on the basis of a concession agreement. However, after working on this mechanism, they did not use it. Due to the lack of a state contract for construction, the facility lost 1,4 billion rubles of federal funding.

In December last year, Yuri Trutnev instructed the Ministry of Health and the Ministry of Construction of Russia jointly with the Kamchatka government to develop proposals for optimizing the project with the identification of funding sources and the implementation mechanism. Now the updated version needs to be agreed with the Ministry of Eastern Development.