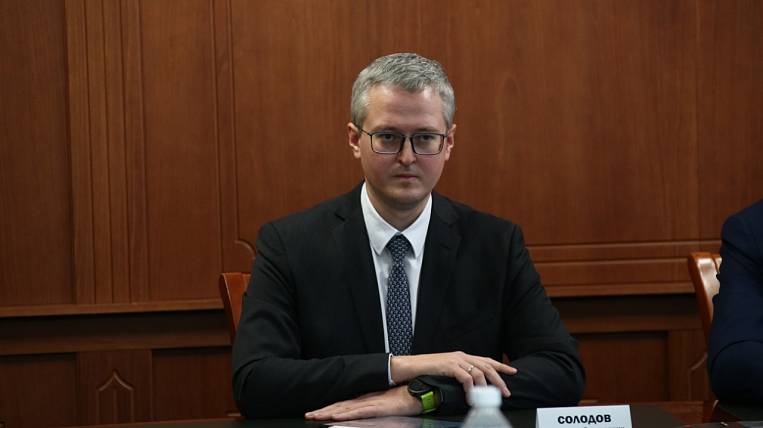 Vice Prime Minister and Presidential Envoy to the Far Eastern Federal District Yuri Trutnev officially introduced the interim governor of the Kamchatka Territory Vladimir Solodov. Due to the self-isolation mode, the procedure went through video conferencing.

The envoy instructed the new head of the region to make every effort to restrain the spread of coronavirus in the region and to provide timely assistance to those in need. He also asked to report on the problems associated with providing Kamchatka with doctors, remedies, treatment, and ask for help in resolving these issues.

According to the press service of the regional government, Vladimir Solodov thanked for the trust placed in him by appointment to Kamchatka and said that he would do his best to justify him.

Malt became acting governor by decision of the president on April 3. Personnel shuffle occurred after the decision of the head of the Kamchatka Territory Vladimir Ilyukhin about resignation of my own free will.

The new head of the region announced the upcoming personnel shifts and stated that measures taken to combat coronavirus insufficiently, so I decided to strengthen them. The region has already ordered a batch of medical masks from China and took some new steps for business support.