News July 14 2020
Khabarovsk Krai 14:16 Peskov commented on rallies in Khabarovsk
Khabarovsk Krai 13:19 More than 100 new cases of COVID-19 per day were detected in the Khabarovsk Territory
Amur Region 13:02 “Prohibition” will be introduced in the Amur region before an emergency


Khabarovsk Krai 12:55 Residents of Khabarovsk again rally in defense of Governor Furgal
Amur Region 12:35 From coronavirus per day, 9 people died in the Amur region
Amur Region 12:14 The first "zemstvo teachers" come to the Amur region
11:53 The main criteria for the work of a dream identified in Russia
Primorsky Krai 11:03 The number of "heavy" patients with COVID-19 continues to grow in Primorye


Khabarovsk Krai 09:12 The mayor of Khabarovsk declared the double responsibility of the organizers of the rallies
Sakhalin Region 08:50 Duma meetings on Sakhalin canceled due to coronavirus
Khabarovsk Krai 08:36 The number of flights to Yekaterinburg will increase in Khabarovsk
Kamchatka 08:18 More than 40 patients with coronavirus per day found in Kamchatka
Amur Region 08:00 EastRussia Bulletin: Returned to Amur Region on the idea of ​​thermal power plants for exporting electricity to China


Jewish Autonomous Region 07:48 Almost 400 million rubles of EAO debts will be paid off from the federal budget
The Republic of Buryatia 07:32 Participants' apartments in Buryatia will be completed with federal support
More news
Media News2

Trutnev: Blagoveshchensk will enter the free port of Vladivostok 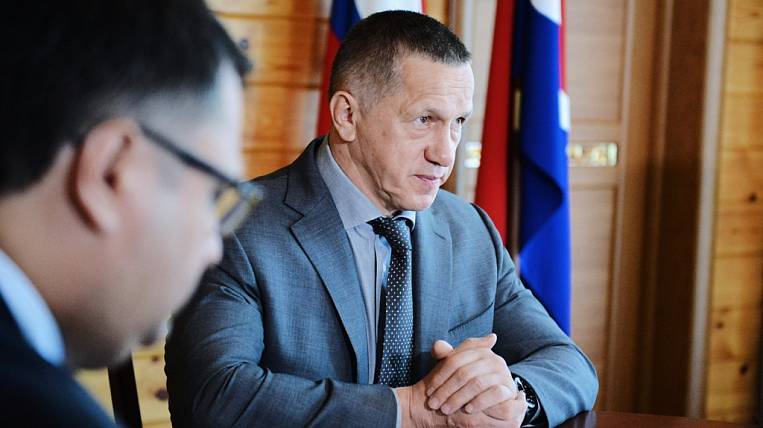 This year, the free port of Vladivostok will be extended to Blagoveshchensk. This will allow introducing a simplified visa regime and providing tax benefits to residents. This was announced by the Deputy Prime Minister - Plenipotentiary of the President in the Far Eastern Federal District Yury Trutnev during his visit to the region.

“The decision can be considered accepted. I think we will resolve this issue within two, maximum three months, ”Yury Trunev said.

According to the press service of the Amur region, after Blagoveshchensk receives the status of the Free Port of Vladivostok, he can count on the introduction of a simplified visa regime.

An application for the creation of a special customs regime in Blagoveshchensk has been submitted by the regional authorities last year. Now, potential residents will need to invest at least five million rubles into a new enterprise or the reconstruction of an existing production facility within three years.