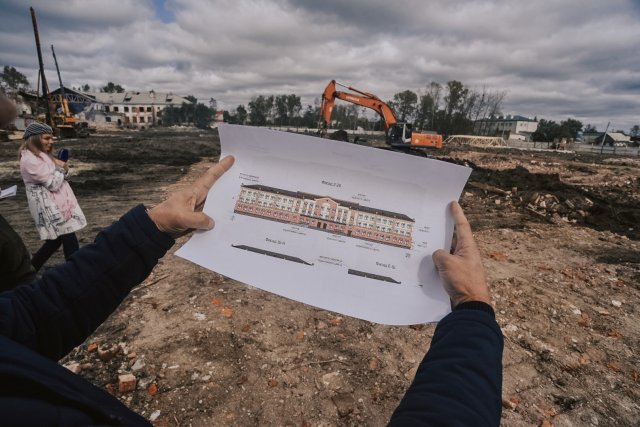 In the framework of the federal project "Modern School" and the state program to improve the conditions for learning in the Amur Region, three schools will be built and one more overhaul.

This year, the construction of a school with 528 places in the city of Svobodny will be completed. The arrangement of basements has already been completed there. The building will be ready by the end of the year. As the Regional Ministry of Education and Science told EastRussia, a total of 665 million rubles will be allocated for work from the federal, regional and municipal budgets.

A school with 165 places will be built in the urban-type village of Ekimchan. At its construction, more than 300 million rubles will be allocated from budgets of various levels. A general educational institution with 1 places will appear in Blagoveshchensk. The work will take three years, they will spend over one billion rubles. Now, the facilities carry out the necessary documentation procedures.

As part of the state program in the village of Malinovka, a major overhaul will be carried out, for which more than 50 million rubles will be allocated from budgets of all levels. The building will update the facade, replace the roof, utilities, windows, floors. During the repair process, the educational process for students will not be interrupted. Now it is being decided how best to organize training during this period.