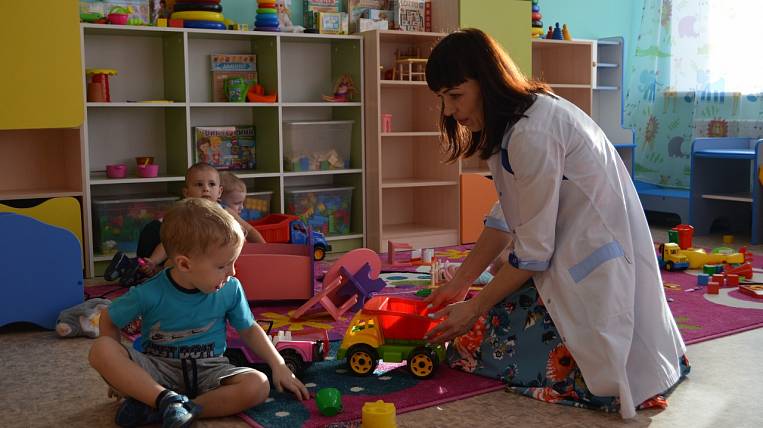 In the new year, three kindergartens opened in the Amur Region. All institutions were erected as part of the national project "Demography".

In Belogorsk, a new kindergarten for 170 places was launched in the Transportny district. A three-story building for children from two months to six years began to be built in 2018. For children, several groups were equipped, a medical unit, a catering unit. As reported by EastRussia in the regional Ministry of Education and Science, more than 142 million rubles were spent on work from budgets of all levels. On the opening day, the institution accepted 116 children, a total of 206 people announced for the visit.

Two more kindergartens for 120 children each in January opened in Blagoveshchensk in the Microdistrict Sunflowers and in the village of Ust-Ivanovka, Blagoveshchensk District. Both two-story buildings were built according to the same project: an area of ​​more than three thousand square meters. meters, a catering unit, a medical room, a laundry room, music and gymnasiums, rooms for additional classes, a security post with the conclusion of a video surveillance system are equipped.

For the construction of each kindergarten from budgets of different levels allocated more than 100 million rubles. This helped to solve the problem with queues in preschool institutions. In Blagoveshchensk, the problem with places for children from three years old has been completely resolved.