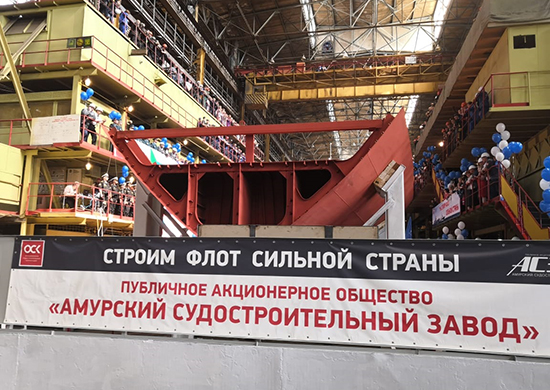 At the Amur Shipbuilding Plant in Komsomolsk-on-Amur, the third small missile ship of project 22800 Karakurt for the Pacific Fleet was laid. He received the name "Ussuriysk."

The length of the small rocket ship is 67 meters, the width is 11 meters, and the draft is four meters. It is equipped with a 76-mm automatic universal gun and the Pantsir-M anti-aircraft missile and cannon system, as well as the Caliber-NK cruise missile system.