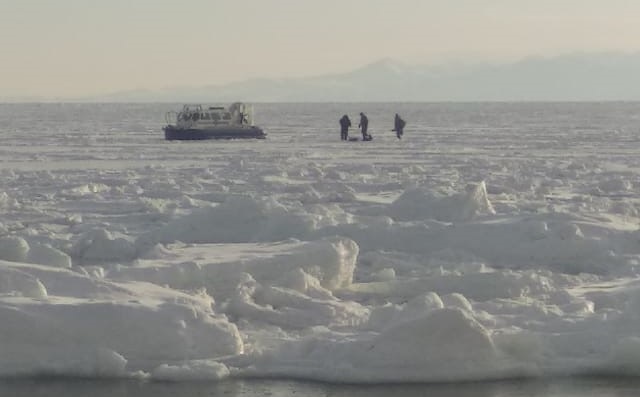 Three fishermen had to be removed from the ice in Magadan. Men were fishing and did not notice how the ice field broke off at low tide.

The men were fishing 200 meters from the pier on Staraya Veselaya. A gully 10-12 meters wide that appeared did not allow them to return to the shore on their own. According to the press service of the regional Main Directorate of the Ministry of Emergency Situations, the inspectors of the GIMS Center on snowmobiles saw the fishermen, they crept up to the men and with them waited for the rescuers who arrived on a hovercraft.

Rescuers warn that the ice in the Gertner Bay in the Sarai Veselaya area consists of broken frozen ice, there are cracks and open water. Now access to the ice is dangerous, and motor vehicles are prohibited.