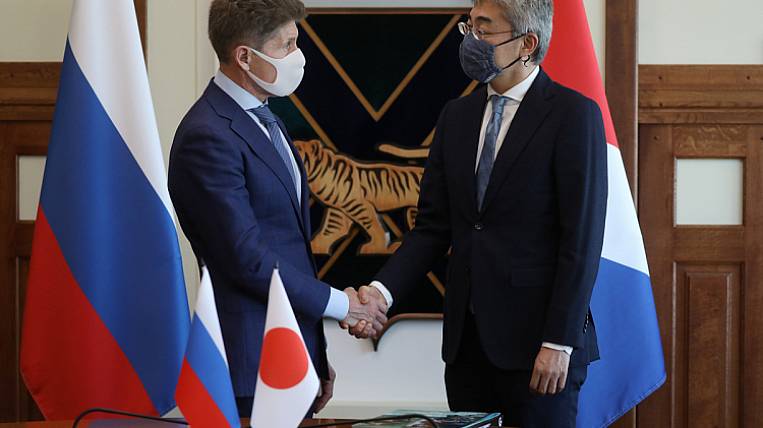 The trade turnover of the Primorsky Territory with Japan in the first nine months of this year increased by almost 28% compared to the same period last year. Success in promoting export deliveries to Japan was achieved in such items as grain, silage, beekeeping products.

As EastRussia was informed in the press service of the Government of the Primorsky Territory, the governor of the region Oleg Kozhemyako told about this at a meeting with the Consul General of Japan in Vladivostok Kensuke Yoshida. According to Kozhemyako, the resumption of full-scale interaction between the Primorsky Territory and Japan after the lifting of restrictions due to the pandemic is one of the priorities for the regional government. Yoshida said that Japanese businesses have a similar request.

“After the lifting of epidemic restrictions, we are preparing to resume regular flights between Primorsky Krai and Japan up to pre-pandemic levels. For our part, we will do our best to restore mutual tourist passenger traffic, ”Oleg Kozhemyako stressed.