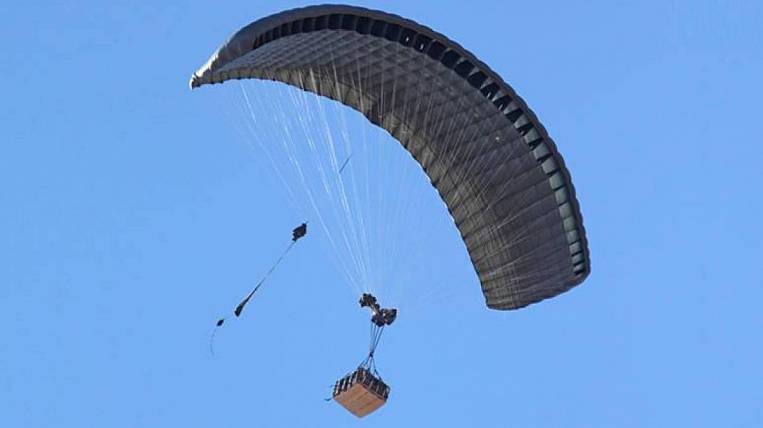 Almost a ton of potatoes were delivered to the hard-to-reach Arctic regions of Yakutia on an An-2 plane, dropping vegetables by parachute. There are no airstrips for airplanes, and it is very expensive to bring food by helicopter.

As the RIA News", the experiment was recognized as successful, the residents are waiting for fruit on the second flight. The head of the Belyakhsky nasleg of the Allaikhovsky district of the republic, Aleksey Nikolaev, said that the products were delivered by the Eastern Wind airline by agreement with the regional operator Yakutopttorg JSC.

“I am an aviator myself, so I had to drop cargo by parachute in geological areas before. But to deliver vegetables and fruits to the population in this way, I think, for the first time even in the whole country. Such delivery options, especially after a positive experiment, can be practiced in other hard-to-reach areas, ”Nikolayev said.

Early October edition News.Ykt.Ru announced this option for northern delivery to Yakutia. In the administrative center of the Allaikhovsky ulus of Yakutia - Chokurdakh - a barge with vegetables arrived, which had to be distributed among the settlements of the uluses, in particular, in remote villages - Olenegorsk, Russkoye Ustye, Nychal and Chkalov. But due to the deterioration of the situation on the Indigirka River, it was not possible to bring the cargo by water. In "Yakutopttorg" they promised to solve the problem with delivery. Then the residents did not yet know that the food would be lowered to them with the help of parachutes.

The Prime Minister of Yakutia, Andrei Tarasenko, said that the northern delivery in 2021 is proceeding as planned.

“This year, food has also begun to be delivered to residents through small aircraft. For this, air sites were restored in the Arctic regions. As for the Allaikhovsky district, food was delivered to remote villages by An-2 and then by parachutes, ”he said.