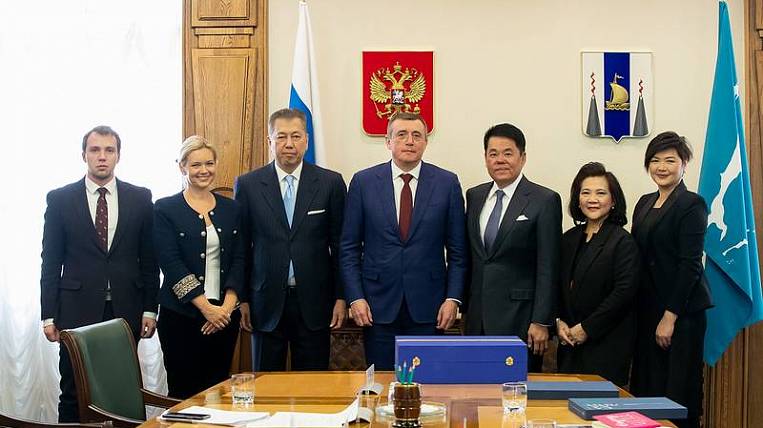 Photo: sakhalin.gov.ru
For the first time, a business delegation from Thailand arrived in Sakhalin Oblast. It included the plenipotentiary ambassador of the kingdom to the Russian Federation Tanatip Upathing and representatives of the company AI-Holding GM. They are interested in buying liquefied natural gas from the Russian region.

According to the press service of the regional government, at a meeting with entrepreneurs, Governor Valery Limarenko spoke about the prospects for creating a liquefied gas transshipment point on Sakhalin. Part of the way on the road from Yamal to Asia, blue fuel passes on ice-class vessels, and then it must be reloaded to more economical vessels.

Entrepreneurs from Thailand were invited to participate in the construction of the terminal. In turn, the region is ready to conclude a contract for the supply of a certain amount of LNG to the Asian kingdom before the start of the project.

In addition, businessmen were introduced to other most promising projects. These include the development of the Yuzhno-Sakhalinsk airport and the Mountain Air ski resort, which is being built within the boundaries of the territory of priority development.