Typhoon Hagupit will bring heavy rains to the Far East 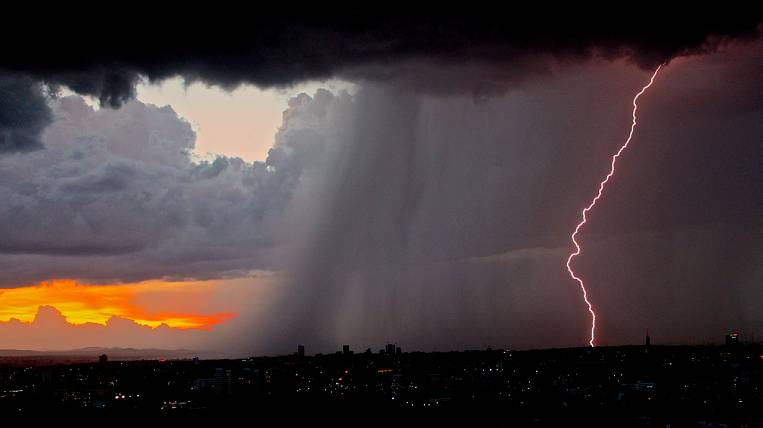 Typhoon Hagupit is approaching the Far East. It is moving from China, where it has already caused damage to human settlements.

According to the Hydrometeorological Center of Russia, the typhoon will noticeably spoil the weather in the Primorsky Territory on August 6-7. Rains are expected there, in some areas heavy. In the southeast in the morning and in the afternoon on August 6, there will be very heavy rains in some places, at night on August 7 they will remain in the northeast of the region.

In this case, thunderstorms will pass, the wind will increase to 17-22 m / s. The formation of local rain floods is possible on most rivers of the Primorsky Territory; in the southeastern and eastern regions, sharp rises in the water level and flooding of lowered areas of the terrain are expected. The temperature background in the region will slightly decrease: at night it is expected + 16 ... + 21 degrees, in the daytime - no higher than + 23 ... + 28 degrees.

The southeast of the Khabarovsk Territory will also be in the precipitation zone. There will be rains, strong in places, noticeably colder: at night the temperature will be + 12 ... + 17 degrees, in the north - up to +7, during the day the air will warm up to + 18 ... + 23. It will get a little warmer only by the weekend - up to +26 degrees is expected.

In the Amur Region, on August 6, there will be intermittent rains and showers in places, but then the weather will gradually improve, on August 7-8, it will be mostly without precipitation. In this case, there will be no intense heat, the air will warm up to + 20 ... + 25 degrees.

Typhoon on August 7 will be released to Sakhalin and the Kuril Islands. Heavy and very heavy rains will begin there, the wind will increase to 25 m / s. Bad weather will hit mainly the southern regions of the islands. It will get colder up to + 10 ... +15 degrees at night and up to + 13 ... + 18 during the day.

Coronavirus in the Far East: information on the morning of September 21