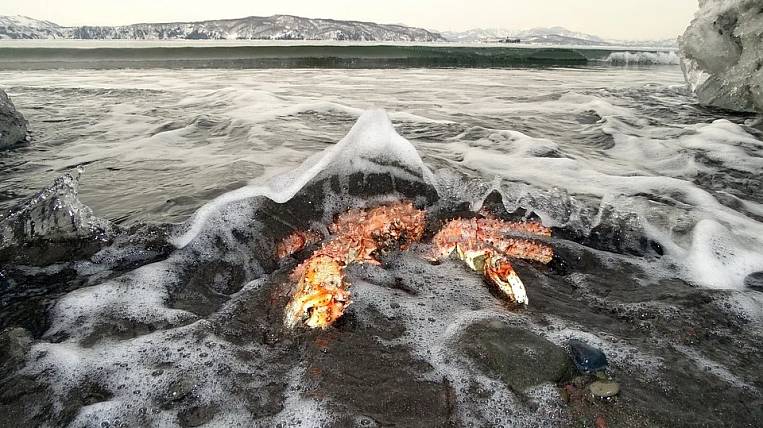 There are more representatives of the fishing industry in the updated list of backbone companies: there are now not four of them, as the Ministry of Agriculture first decided, but ten. This is stated in the materials of the Ministry of Economic Development. At the same time, the list included a large crab producer in Russia - the Moneron company, in which Ksenia Sobchak acquired a share.

Recently Sobchak agreed to purchase 40% of the shares in the companies "Moneron" and "Kuril universal complex". The Yuzhno-Sakhalinsk City Court, which arrested the shares of companies because of their connection, prevented them from completing the deal. with absentee arrested The “crab king” Oleg Kan.

As they say "Vedomosti", in mid-April, a member of the Federation Council from the government of Tuva Lyudmila Narusova, the mother of Ksenia Sobchak, asked about inclusion of Sakhalin fishing companies, including Moneron, in the list of system-forming companies. She referred to the Association of Fisheries Enterprises of the Sakhalin Region, which turned to her with a similar request. This was confirmed by the president of the association Maxim Kozlov. Sobchak herself said that she did not know about the request of her mother and noticed that there were many other companies on the list.

System-forming companies will receive soft loans for working capital replenishment. The rate will be subsidized by the state in the amount of the key rate of the Central Bank. As the president promised, half of the loan will be secured by state guarantees of the Ministry of Finance.