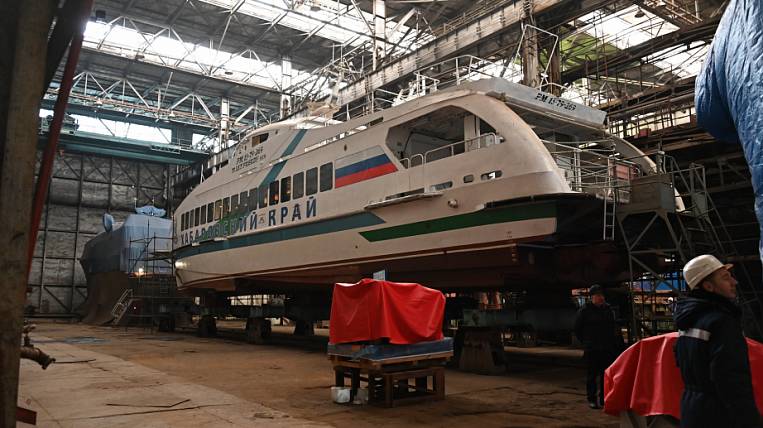 Intend to revive the construction of two civilian ships of the A-45-2 project at the Khabarovsk shipyard. They are ready to use for intra-river river transport.

The ships were to replace the obsolete Meteora on the route Komsomolsk-on-Amur - Nikolaevsk-on-Amur. However, their construction was suspended a few years ago - sea trials showed a number of flaws in the design features, the regional authorities disrupted funding terms.

According to the general director of the plant Igor Vasko, the completion of these orders will allow the company to smooth out the financial situation, to avoid pauses in payments from customers. Shipbuilders will be able to consistently pay salaries, taxes and pay off debts of past years.

According to the press service of the regional government, today Khabarovskvodtrans JSC, which has been operating the vessel for several years, is preparing a plan to eliminate the shortcomings. Khabarovsk Shipyard is also ready to take an order for five high-speed vessels of the Valdai project, which will replace the Polesye class vessels on Khabarovsk-Fuyuan flights.