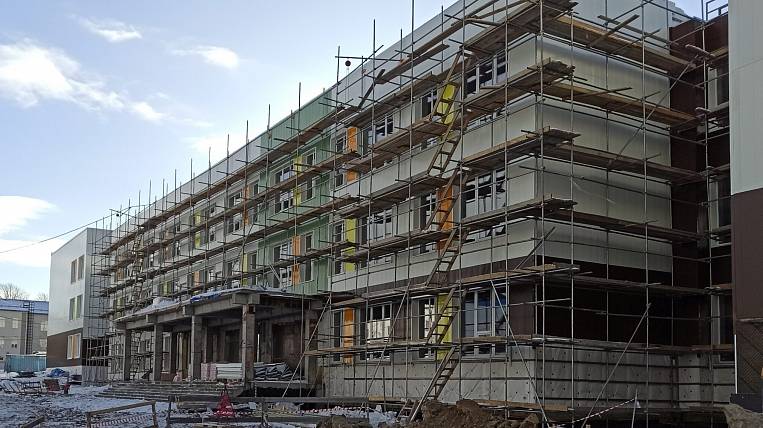 Photo: Ministry of Construction of the Sakhalin Region

Sakhalin construction companies are ready to fulfill the regional contracts for the construction of housing for the owners of the emergency fund. The news that the Russian government plans to allocate 18 billion rubles for these purposes over the next five years encouraged business representatives.

Business representatives suggest that federal co-financing of the emergency housing resettlement program will help create conditions under which island developers can take part in the struggle for new contracts.

“For us, this is a motivation to work further, to open new jobs for Sakhalin and Kuril residents and to increase tax revenues to the regional budget. At investment councils and meetings of working groups, we talk about business development in Sakhalin, we are constantly talking about the tourism industry, fishing, and transport. As for the construction business, design and survey activities, this is also a business, and the same Sakhalin residents work there, pay the same taxes, "said Valery Mozolevsky, General Director of the Sakhalinstroy non-profit partnership, to EastRussia.

According to the expert, the main condition for the development of construction on Sakhalin is the creation of equal conditions for business. Then local developers will be able to successfully compete with federal companies and, what is especially important, make a significant contribution to the prompt resettlement of the emergency housing stock.

The Sakhalin Region may receive federal support for the resettlement of houses that received the status of unfit for habitation after 2017 over the next five years - a total of about 18 billion rubles are planned to be allocated for this. The decision of the Cabinet of Ministers is largely lobbied by the governor of the island region: Valery Limarenko agreed on this with Marat Khusnullin during the Deputy Prime Minister's working trip to Sakhalin. The head of the region emphasizes: the main priority of the authorities is to increase the comfortable standard of living of citizens.

“This is a significant amount, and we will strive to meet all the indicators so that as many Sakhalin and Kuril residents move to comfortable apartments,” stressed Valery Limarenko.

The Sakhalin Oblast may receive the first tranche from the federal budget very soon. President Vladimir Putin instructed the Cabinet of Ministers to allocate 4,6 billion rubles to the island region. The money is going to be allocated from the reserve fund of the government of the Russian Federation.

Limarenko believes that Sakhalin is able to maintain its leadership position in Russia in the elimination of hazardous housing. The first stage - relocation from the housing stock, which was declared unfit before January 1, 2017 - was completed on the islands ahead of schedule, and this is the best indicator in the country. Now the Sakhalin Region was the first in the Russian Federation to apply for financing the resettlement of the next group of hazardous housing. Konstantin Tsitsin, General Director of the Fund for Assistance to Housing and Utilities Reforms, has already noted the region as an example for other subjects in work in this direction.

The volume of housing construction should grow 1,6 times in the Far Eastern Federal District