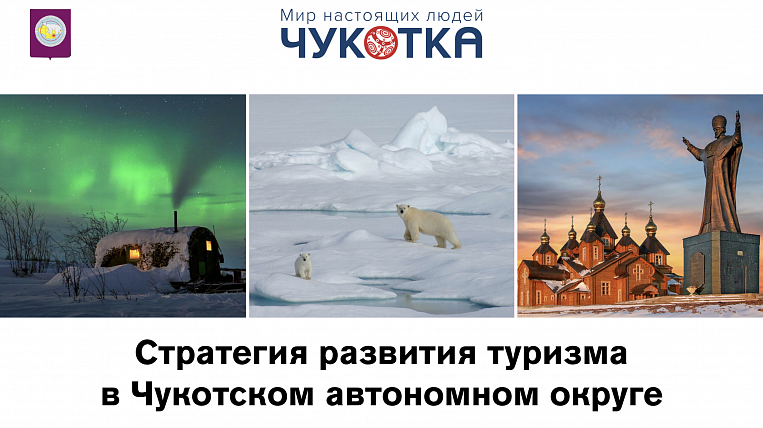 The government of the Chukotka Autonomous Okrug has approved a tourism development strategy for the period up to 2025. Its implementation will be monitored by the regional committee on culture, sports and tourism. The text of the strategy and its presentation are published on the website. chukotka.travel. This is the first regional tourism development strategy developed in accordance with the federal industry strategy approved by the government of the Russian Federation.

In recent years, the interest of Russian and foreign tourists to rest in Chukotka has a tendency to increase. In 2018, the region was visited by about 25 thousand guests, however, the potential of the Chukotka tourism industry is not fully utilized.

The strategy is designed to tackle the integrated development of tourism as a non-resource export-oriented branch of the economy of the Chukotka Autonomous Okrug with a focus on domestic demand, North America and the countries of Southeast Asia. It is planned that as a result of the implementation of the strategy, by 2025 the tourist flow in Chukotka will double, the total volume of paid tourist services will grow by 130% compared to the level of 2018, and the export of travel services will grow from $ 0,3 million in 2018 to $ 1,1 million. by 2025.

To achieve these goals, we intend to develop cruise, ethnographic, environmental, gastronomic and event tourism in Chukotka. The region plans to modernize the tourism infrastructure, develop an urban environment, improve the quality of training for the tourism industry, ensure the safety of tourism services, create a comfortable business environment along with the development of competition in the regional tourism market.

The strategy, as required by the new approaches of the federal government, is based on the principles of development of tourist territories. As such, Anadyr and its environs, Pevek and Wrangel Island, Eastern Chukotka, Egvekinot and its environs are highlighted. In relation to each territory, development principles, priority projects, and long-term plans are formulated.

A special place in the strategy is given to the development of transport and infrastructure of the Chukotka Autonomous Okrug. Projects such as the construction of the all-weather Transliman aerobridge in Anadyr, the Arctic cruise center in Pevek, modular centers for cruise ship passengers in a number of settlements in Eastern Chukotka were taken into account.

Attention is paid to several bright event-related initiatives. For example, the Chukotka Autonomous Region intends to create and develop the Bering Strait festival. Within the framework of the festival, a week of the year will be announced, in which everyone will be able to organize the passage through the strait connecting the two continents - Eurasia and North America.