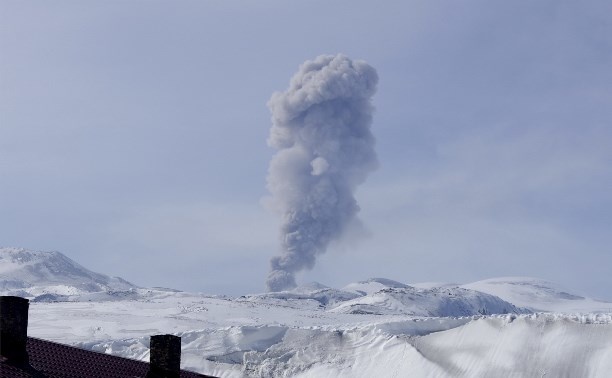 The Ebeko volcano, which is located in the northern part of the Vernadsky ridge in Kamchatka, has released a column of ash three kilometers high. This was reported by the press service of the regional department of the Russian Emergencies Ministry.

Seven kilometers to the volcano is the city of Severo-Kurilsk. However, the ash plume spread in a southeast direction at a distance of five km and the inhabitants of the village were not affected by the ashfall.

Ebeko's height is 1156 m, the last time he erupted in 2012. The volcano resumed its activity three years ago. In general, according to the observations of scientists, he erupts once every 25 years, but each eruption can last more than a year.