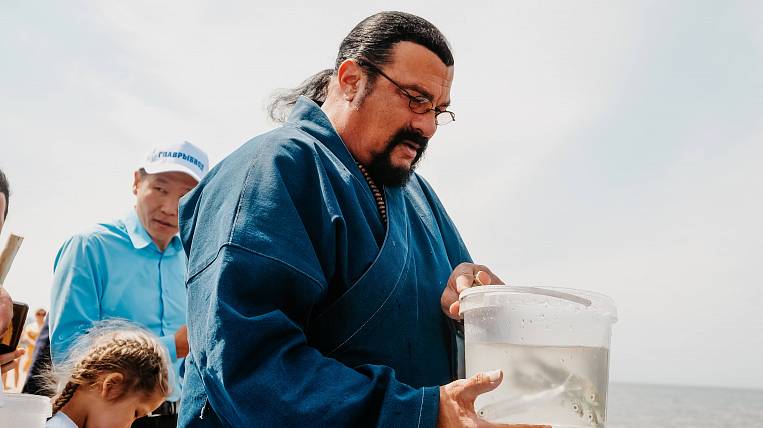 Actor Steven Seagal will become the head of an eco-project to protect Lake Baikal. A member of the For Truth party plans to promote ideas for the conservation of the lake and the introduction of criminal liability for environmental pollution.

According to the press service of the party, the project will include seminars and actions aimed at rational environmental management, eco-transport, ecological tourism, eco-certification. The project is already working, now it must acquire federal significance.

Within the framework of the ecological project "Ecomonitoring" Sigal is already working in Ryazan - there, online, one can track the activity of industrial enterprises' pollution, a map of river pollution has been created in the Kaluga Region. The party also interacts with animal rights activists.

In December 2016, Steven Seagal became a Russian citizen. In July, a famous actor visited Buryatia... According to him, the region has become a place of power for him, and in the future he will seriously think about participating in the Far Eastern Hectare program.

Charter flights to Buryatia will open this winter

Scientists have called the final conclusions about ocean pollution in Kamchatka