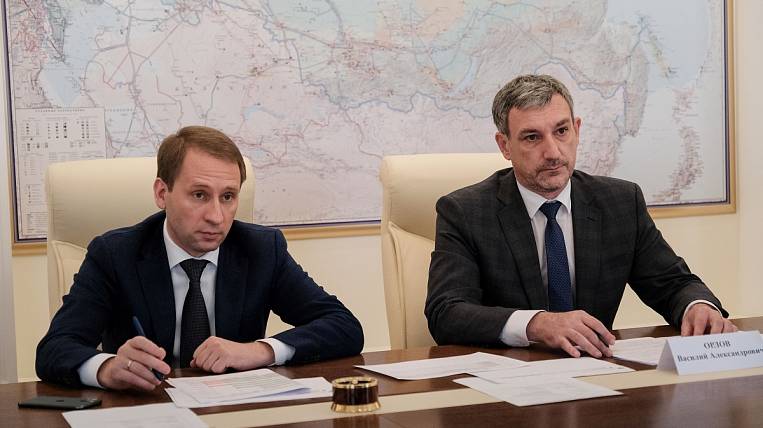 Governor of the Amur Region Vasily Orlov and Minister of Natural Resources of Russia Alexander Kozlov discussed the construction of dams in the region. The cost of additional work is estimated at 5,6 billion rubles, 4,6 billion of which is from the federal budget.

As EastRussia was told in the regional government, Vladimirovka, Ust-Ivanovka and Grodekovo were included in the list of priority villages where protective structures will be installed. Additional funding will be directed to these settlements. In August, a contract for engineering surveys and project creation was signed.

According to the head of the Ministry of Natural Resources Alexander Kozlov, the design work will be completed next year, and construction will be completed in 2023-2024. First of all, settlements will be provided with protective dams, which annually fall into the flooded zone. This applies, the minister added, to other regions of the Far East, which will receive additional money.

Together with the Amur Region, the Khabarovsk Territory (Komsomolsk-on-Amur), the Jewish Autonomous Region (Leninskoye), the Primorsky Territory (Ussuriysk), Buryatia (Ulan-Ude), and Transbaikalia (Chita) will receive funding for additional hydraulic structures. The total funding for these facilities will amount to RUB XNUMX billion.