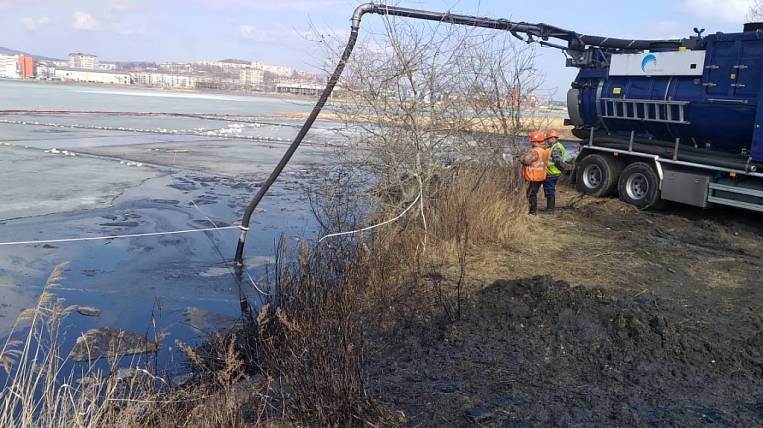 Photo: Press Service of the Government of Primorsky Krai
Special project Ecology of the East of Russia
Despite the round-the-clock work of rescuers, the oil slick near Nakhodka has been cleared by only 25%. The causes of the accident have not yet been specified, and the timing of the spill response is again shifted.

According to the press service of the Primorsky Territory government, the liquidation of the consequences of the fuel oil spill continues in Nakhodka. Local entrepreneurs have also joined the rescuers who work around the clock. But, despite all efforts, the oil slick was eliminated by 25% - the same as a week ago. If earlier, it was stated that the spill would be liquidated approximately by April 13, now it is said about April 15, while the authorities note that this is not the final date and may be moved.

Causes of the accident, what happened March 14 - technological. But how exactly the technology was violated at the Primteploenergo oil products warehouse, specialists have yet to figure out to prevent this from happening at other facilities. The terms of liquidation of the accident will be adjusted.
Tags: accident Primorye Find ecology
January 26: current information on coronavirus in the Far East
Digest of regional events and latest statistics
Related News: