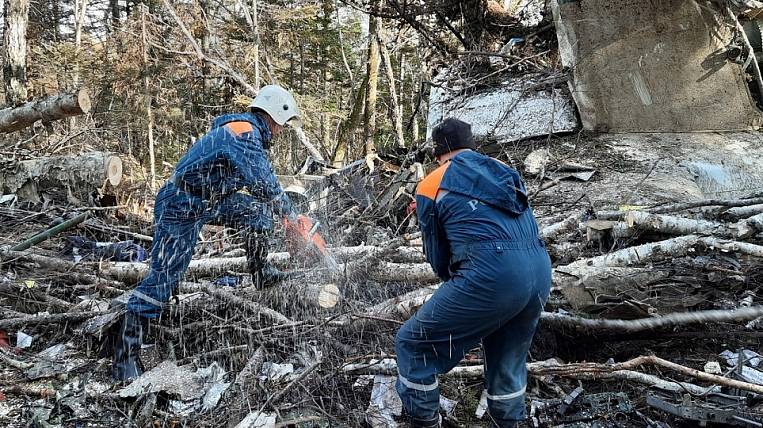 Near Khabarovsk, rescuers completed work at the crash site of the An-26. EMERCOM employees helped the investigation team to inspect the scene of the tragedy, cleared the area for the helicopter and conduct investigative measures.

According to INTERFAX - FAR EAST, employees of the Ministry of Emergency Situations of the Khabarovsk Territory continue to work with the relatives of the deceased crew members. They provide them with psychological and informational support.

Aircraft An-26 CJSCFlight checks and systems " crashed on 22 September. At 38 kilometers from Khabarovsk, he disappeared from the radar. There were six crew members on board. All of them perished... The wreckage of the plane was discovered on Khrebtovaya mountain in the Bolshekhekhtsirsky reserve the next day.

According to the International Aviation Committee, the black boxes have been found and not deciphered. After analyzing the information from the dispatchers, the priority version of the crash - pilot error... He turned in the wrong direction, which the dispatcher confirmed. A criminal case is being investigated on violation of traffic safety rules and the operation of air transport.