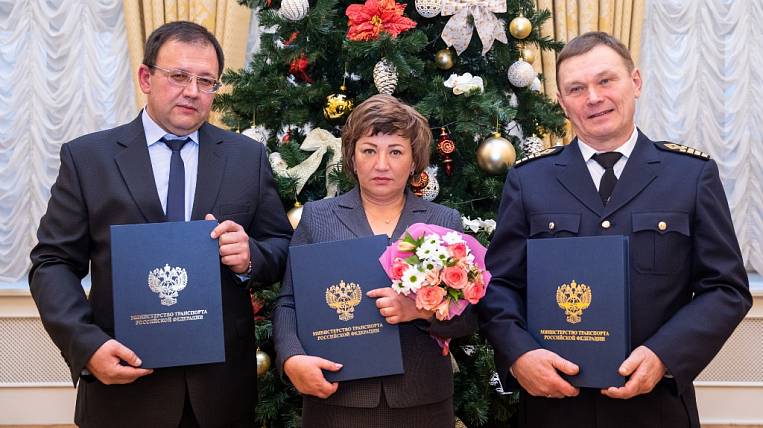 The employees of Vostochny Port JSC received thanks from the Minister of Transport of Russia for their labor successes and many years of conscientious work. The head of the federal department awarded the deputy chief for commercial work of PPK-3 Tatyana Bebkova, chief engineer of Portflot Andrey Buryak, engineer of the first category PPK-3 Vyacheslav Kaysin. The presentation took place in the Armorial Hall of the Ministry of Transport as part of the solemn ceremony of awarding the 45 best employees of transport companies in Russia. 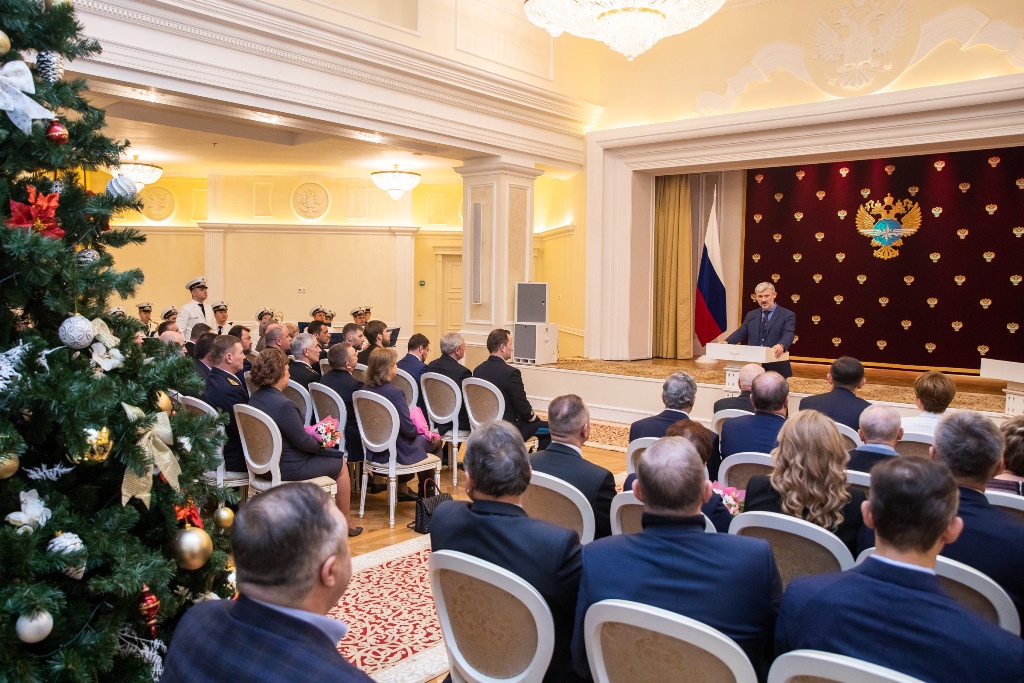 On December 27, another 12 employees of Vostochny Port JSC in Wrangel will receive thanks from the Ministry at the ceremony honoring production veterans. In total, in the past year, several dozen employees of the company were awarded government, regional and corporate awards. Of these, more than 50 people were awarded with medals, badges and awarded thanks to the Ministry of Transport of Russia. 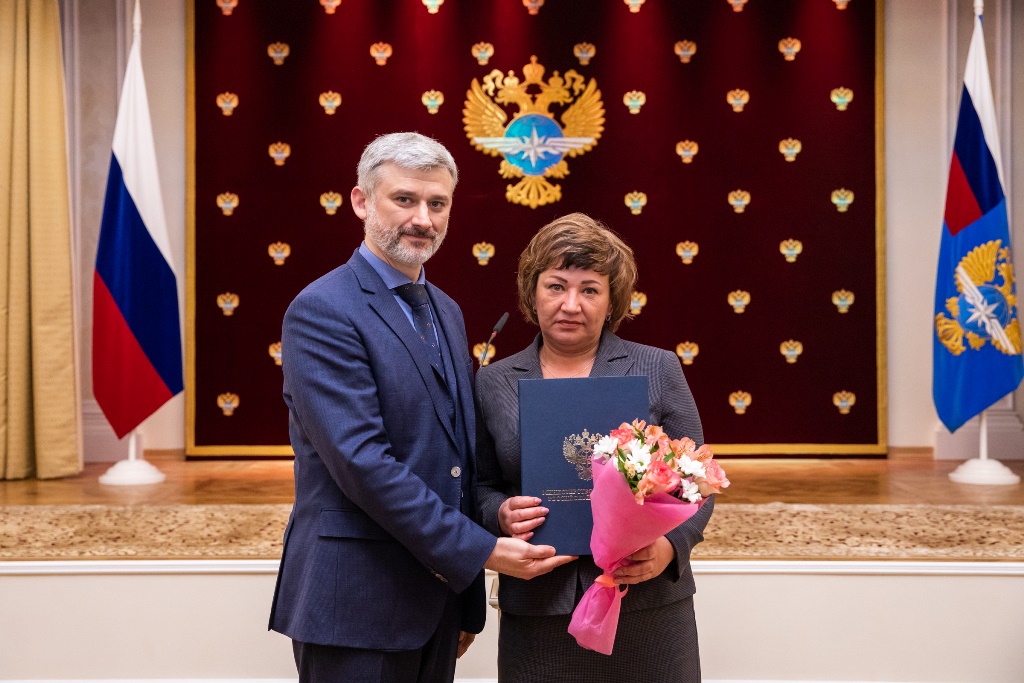 For Vostochny Port, 2019 was a significant year - the company celebrated its 45th anniversary and completed the construction of the Third Stage of a specialized transshipment complex worth more than 40 billion rubles without state funding. The launch of the terminal will increase the export potential of Russia and increase the competitiveness of the Russian coal industry in the world market. 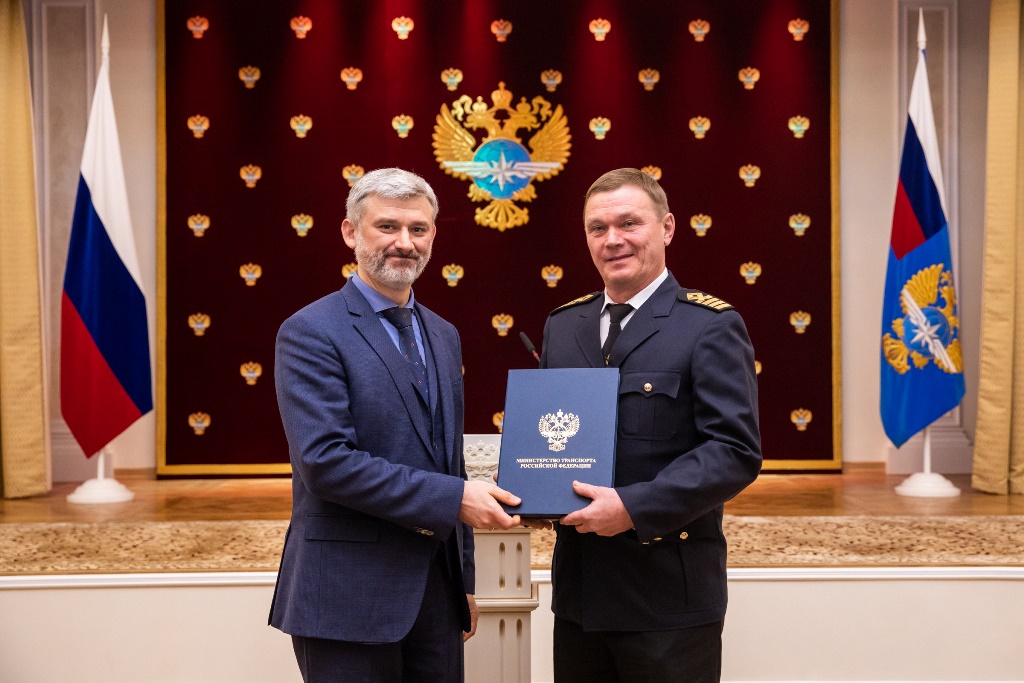 “This is a successful success story - the capacity of a high-tech terminal has been increased to the level of 50-55 million tons, the staff of the work collective has been increased. For the Far East, the launch of the Third Stage is, first of all, new tax revenues and, of course, the use of the best available technologies in coal transshipment, ”said Irina Olkhovskaya, Director of Port and Railway Projects at UMMC. 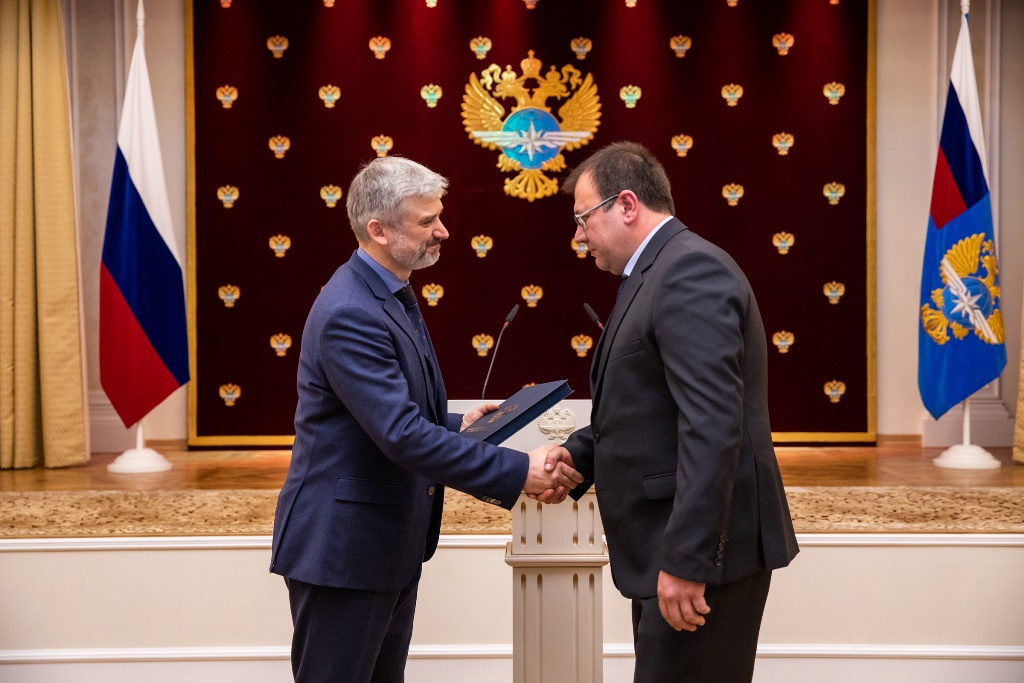 The construction project of the Third Stage of Vostochny Port JSC was rightly recognized as the best infrastructure project of 2019 at the national annual formula “Motion Formula” as part of Transport Week in Moscow. The launch of the Third Stage brought closer the achievement of other production indicators: in November of this year, the 500 millionth ton of coal was shipped from the berths of the new terminal - coastal stevedores reached such high levels in almost half a century of the work of Vostochny Port.

According to statistics, over the entire history of the company handled over eight million cars, more than 29 thousand ships were accepted for loading. Over the past ten years, more than 210 million tons of coal products have been shipped, an absolute record has been reached among all the coal ports of Russia.