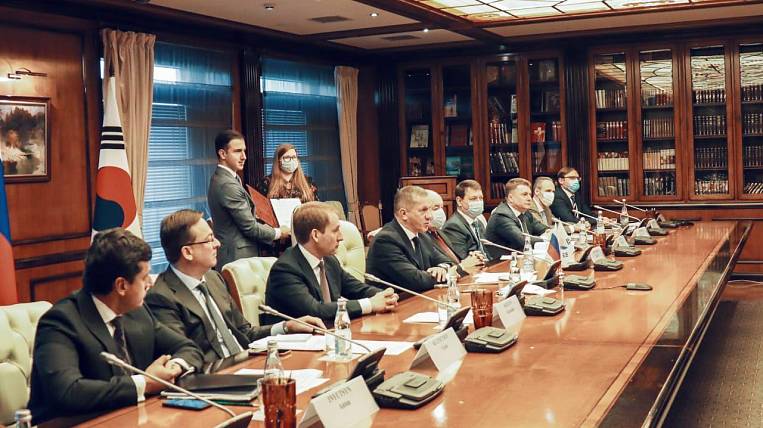 Trade and economic cooperation between the Far East and Korea was discussed in the office of the plenipotentiary representative of the president in the Far Eastern Federal District, Yuri Trutnev. A videoconference was held between the Minister of Economy and Finance of the Republic of Korea Hon Nam Gi and Deputy Prime Minister Yuri Trutnev. It was dedicated to the 30th anniversary of the establishment of bilateral diplomatic relations and the Russian-Korean Commission on Economic, Scientific and Technical Cooperation.

According to the press service of the presidential plenipotentiary office in the Far Eastern Federal District, investors from Korea, within the framework of the TOP and FPV regimes, are implementing ten projects totaling more than $ 79 million. One of the priority bilateral projects is the project of the LH Corporation for the construction of an industrial complex in the Primorsky Territory. The project envisages attracting $ 200 million in investments to the Far East and the creation of more than two thousand jobs.

The Russian and Korean sides updated the plan for the implementation of the Nine Bridges concept of Russian-Korean trade and economic cooperation. The plan includes the implementation of bilateral projects in energy, shipbuilding and shipping, on railways, in the field of innovation, healthcare, agriculture and fisheries, investments, as well as on culture and tourism.

It was noted that work continues on the creation of a Russian-Korean Investment Fund. The issues of delivery of Russian helicopter technology to Korea on account of the repayment of the state debt of Russia.

The meeting also discussed cooperation and implementation of investment projects in the Arctic zone of the Russian Federation. According to the Minister for the Development of the Far East and the Arctic, Alexander Kozlov, large investment projects are being implemented in the region with the participation of investors from China, Japan and France. These are the projects of Novatek for the construction of the Yamal LNG and Arctic LNG 2 plants. The Republic of Korea participates in these projects as a contractor.

The Russian side assumes that the further construction of gas carriers will be carried out at the Russian Zvezda shipyard in cooperation with its technological partner - the Korean company Samsung. These projects will become part of the development of the Northern Sea Route.

According to Trutnev, today the Republic of Korea is one of the most important economic partners of Russia. In 2019, the volume of Russian-Korean trade came close to $ 25 billion. For eight months of this year, due to the coronavirus pandemic, indicators have decreased, however, the parties expect a recovery in trade turnover after the restrictions are lifted. A joint project - the Year of Mutual Exchanges - should also help in this.

As Hon Nam Gi noted, the Korean side has determined about 160 activities within the project. The special representative of the President of the Russian Federation for international cultural cooperation Mikhail Shvydkoy said that the Russian side is working on about 190 events.

Vice Premier of the Republic of Korea Hon Nam Gi announced the plans of the Korean side to send a special envoy of the head of the republic to Moscow to enhance interaction between the countries.

Trutnev: while the situation on COVID-19 in the Far Eastern Federal District is not the most favorable