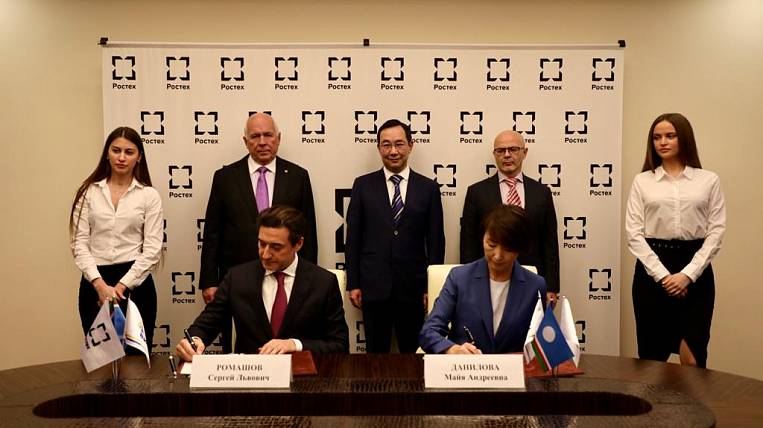 The authorities of Yakutia signed a concession agreement in Moscow with a consortium of the Rostec state corporation and the VIS group on the construction of a bridge across the Lena River. According to preliminary estimates, the total length of the three-pylon cable-stayed bridge will be more than three km, and the length of the approaches is about 11 km.

According to the general director of Rostec state corporation Sergey Chemezov, the first stage has actually started - survey work, during which it is necessary to elaborate the project in detail, determine its final cost, and prepare for state examination. The concessionaire implements the entire project - from design to construction and operation of the bridge.

According to the press center of Yakutia in Moscow, the exact amount of capital expenditures will be determined by the results of the design and passage of the State Expertise. Extrabudgetary funds may amount to about 30 billion rubles. It will take six years to design and build, the concessionaire will operate the bridge for 19 years.

The construction of the crossing is planned to be carried out from three temporary islets, which will be located in the riverbed. They intend to carry out the assembly of reinforced concrete buildings, units and compounds in hangars specially erected on the shore. To carry out work from the water, the fleet of the Lena State Basin Administration of Waterways and Shipping will be involved.

As the head of the republic, Aisen Nikolaev, noted, the Lensky bridge will connect three federal and five regional roads, the Amur-Yakutsk railway, the largest river port and international airport. In the future, it will become the main element of the future route Irkutsk - Magadan.

In the summer of 2019, the project for the construction of a bridge over the Lena River entered the national program on the development of the Far East. Transition will build in the narrowest place Lena near the village of Tabaga, which is 30 km above Yakutsk. Works are going to be completed Until 2025 year.