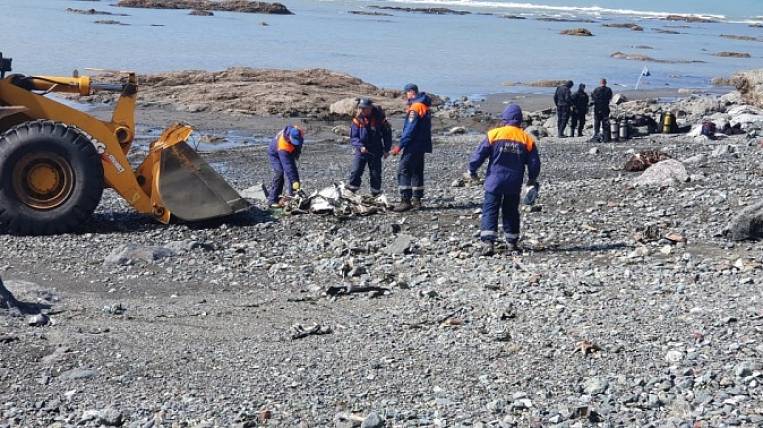 Experts of the Interstate Aviation Committee will study the contents of the "black box" found after the crash of the passenger An-26 near Palana. The recorder is in satisfactory condition, it was handed over to the government commission.

As the Interfax With reference to the governor of Kamchatka Vladimir Solodov, the "black box" was found in the sea in the immediate vicinity of the crash site. The search for the second flight recorder continues. Earlier it was reported about the discovery of the wreckage of the "black box" of the aircraft. The information storage and processing units were considered lost.

A search operation continues in the area of ​​the disaster. Experts continue to conduct an examination of the remains of the victims. Rescuers found body fragments all 28 dead during the crash of the AN-26 aircraft in Kamchatka. They will be sent for DNA examination.

The crash with the An-26 plane took place on 6 July. Plane left the radar nine kilometers away from destination airport: he followed from Petropavlovsk-Kamchatsky to Palana... In total, there were 28 people on board - six crew members and 22 passengers, including two minors.