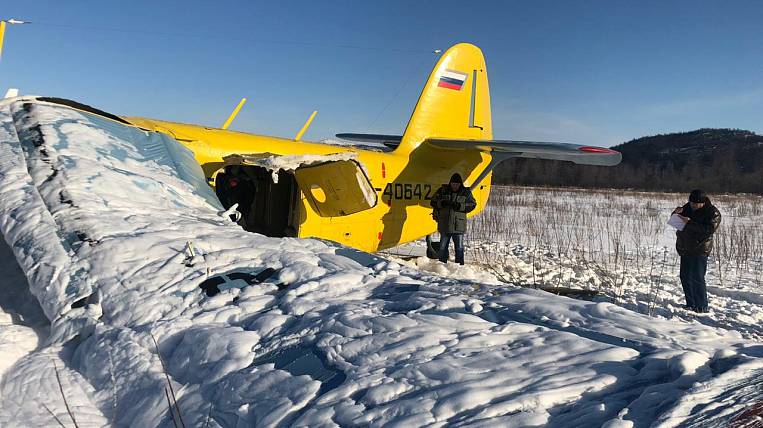 A criminal case was opened by investigators in Magadan on the fact of the hard landing of the An-2 aircraft. Two main versions of what happened are considered: technical malfunction of the aircraft and violation of piloting rules.

According to the press service of the Far Eastern Investigative Department for Transport of the RF IC, the case was initiated under the article "Violation of the safety rules for the operation and movement of an aircraft." The plane was on a private flight and was supposed to deliver shift workers to Seimchan. Now 13 people are in the hospital.

An-2 made a hard landing at the airport in Magadan. He could not gain height during take-off, touched the ground and fell. Onboard there were 14 people, including two crew members, seven people received moderate injuries.