Orphans in Primorye began to receive housing twice as fast 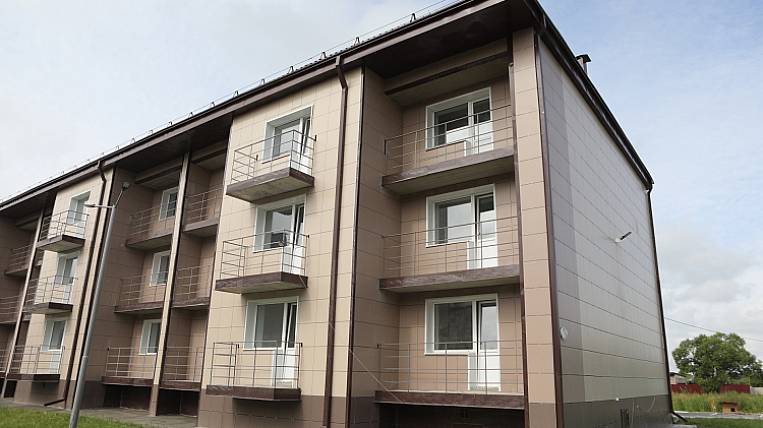 The rate of providing housing for orphans is growing in the Primorsky Territory. This year, 746 people received apartments, compared to the same period in 2019, the number of new settlers has almost doubled. In total, it is planned to provide housing for about one thousand people by the end of the year.

In Primorye, there is a set of measures aimed at the successful provision of apartments for orphans, the issue is under the personal control of Governor Oleg Kozhemyako. Housing is allocated within the framework of the program "Development of Education in Primorsky Territory for 2020-2027", and on the initiative of the head of the region, municipalities were empowered to select housing for orphans.

A new measure of support has also appeared - a certificate that allows the person on the waiting list to independently find an apartment for himself within a certain amount. Together, this greatly accelerated the work.

Last year, from January to September, 235 orphans received housing, in 2020, 746 people have keys to apartments in their hands: 437 citizens are provided with the required square. meters under contracts for the lease of specialized residential premises, 319 - according to certificates.

The indicators of housing provision for orphans are growing both in Primorye as a whole and in individual territories of the region. So, in Partizansk in 2019, 31 people received apartments, in 2020 - 26 citizens already have housing: 21 residents of the city received it under contracts and certificates. In addition, 11 more apartments will be provided there by the end of December.

This year, more than 1,5 billion rubles were allocated to provide living quarters for orphans. It is planned that one thousand citizens will celebrate the housewarming. In 2019, 1,2 billion rubles were allocated to provide housing for orphans and children left without parental care. 832 people solved the housing problem: 133 - through certificates for social benefits, 699 - through lease agreements for specialized residential premises. This is almost three times more than in 2018, when only 318 orphans were provided with housing.

Thanks to the joint work of the regional government and the regional prosecutor's office, in 2019 it was possible to issue apartments to 800 orphans. Now children left without parents receive money certificates and can decide for themselves where they are going to live.