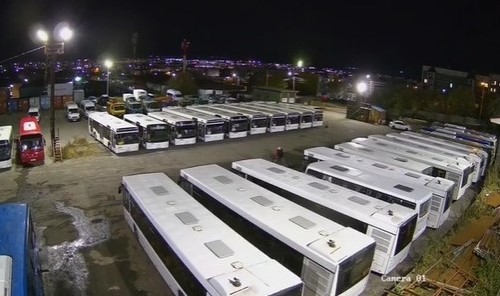 In Petropavlovsk-Kamchatsky, a passenger bus caught fire from a flare that hit it. The fire started at night, the bus was parked in the car park on Vatutin Street.

As reported to IAA EastRussia in the press service of the regional Ministry of Emergency Situations, the police who passed by prevented the spread of the fire.

“The firefighters were on the spot just nine minutes later, but by that moment the main flame had been brought down by police forces. They extinguished the flames with a fire extinguisher, thereby preventing them from spilling over to nearby vehicles, ”the Emergencies Ministry said.

The department added that the fire began to spread into the interior of the bus, firefighters put out the fire and carried out work to remove smoke from the bus. As a result of the fire, an electric fan was damaged on an area of ​​0,5 sq. meters. There are no dead or injured.