The procession of the "Immortal regiment" again rescheduled 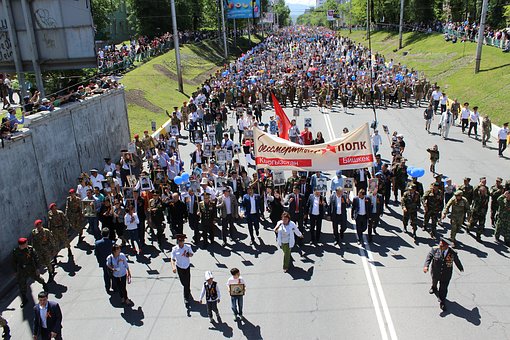 The procession of the Immortal Regiment, scheduled for July 26, was rescheduled for another day. The exact date of the action will be determined after the normalization of the epidemiological situation in the country.

This was reported in the press service of the movement "Immortal Regiment of Russia." The epidemiological situation was studied in 76 regions where the movement was present, and as a result, the action was not taken so far.

According to Elena Tsunaeva, co-chairman of the Central Headquarters of the Immortal Regiment of Russia OOD, the leaders of the regional branches of the movement note that the march is possible only with respect to social distance, people should be wearing masks and gloves. However, this is contrary to the spirit of the patriotic action, which embodies universal unity.

At the end of May, Vladimir Putin proposed to postpone the procession of the "Immortal Regiment", which did not take place on Victory Day due to restrictions on the coronavirus, to July 26. After the decline in incidence, Putin promised to hold all the celebrations dedicated to Victory Day, including action "Immortal regiment".

Earlier it was reported that in Khabarovsk announced the procession of the "Immortal Regiment" in the traditional format on July 26th. The organizers will be provided with protective equipment, but the exact date and form of the action will depend on the epidemiological situation.

The day off was officially announced on December 31 in Buryatia