Burnt children's camp in the Khabarovsk Territory worked without permission 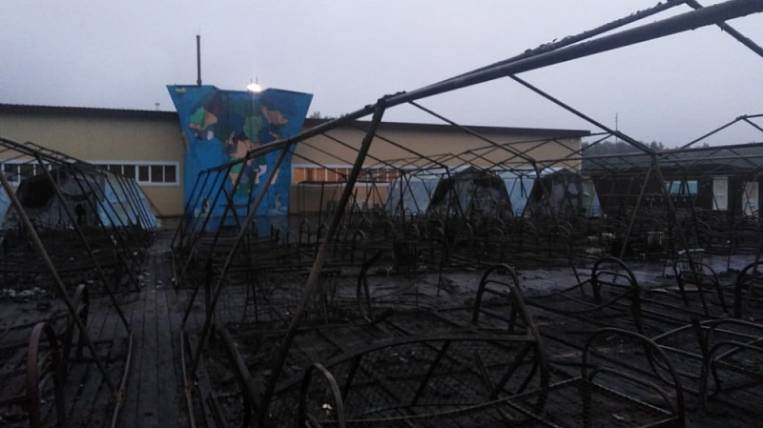 Inspection commissions did not issue permits for the opening of a children's tent camp on the territory of the Kholdomi ski complex in the Khabarovsk Territory. In the region, it was decided to conduct checks in all children's camps in Komsomolsk-on-Amur.

According to TASS, nobody knew about the work of the private camp. At the same time, the number of vouchers sold was twice the capacity: “Holdomi” was designed for 226 seats, and 428 vouchers were sold.

The fire in the tent camp occurred on the night of 23 July. According to the latest data, five children were injured, one girl died, today she should have turned 11 years old. Fire eliminated in an hour and a half. By the arrival of the first 20 fire departments from the 26 tents were burned. According to some reports, the cause of the fire was the fire of things that dried on a heat gun.