Sergei Shnurov released a film about the protests in Khabarovsk 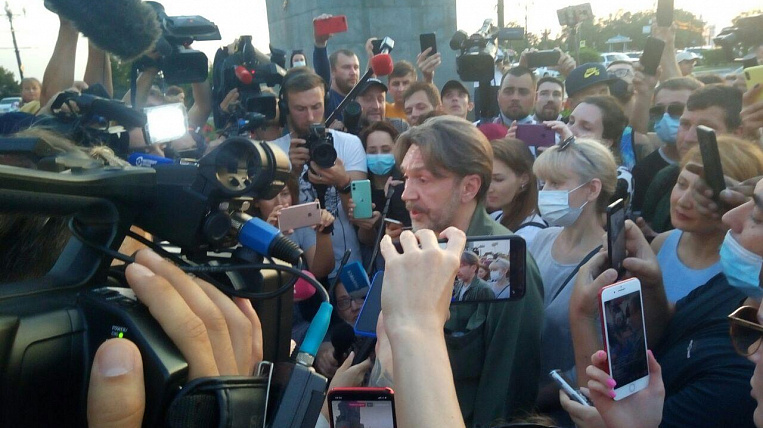 Sergei Shnurov released a film about the protests in Khabarovsk. Almost 40-minute video titled “Khabarovsk vs. Moscow. Shnurov against silence ”appeared on 11 August.

The film is available on Youtube channel RTVI, where Shnurov is the general producer. During the day, the material was watched by almost 300 thousand people, it collected more than 2,2 thousand comments and about eight thousand likes.

Sergei Shnurov arrived in Khabarovsk on July 27, passed with the protesters along the main street. He said that he does not work on the federal channel and will be able to show what is really happening in the city.

Protest actions in Khabarovsk do not subside for more than a month... Every evening people go out to the square in front of the regional government building with their demands, then they walk in a column through the main city squares and return to the square. They demand the return of freedom to political prisoners, call for the head of state to resign, and the return of the ex-governor to Khabarovsk for a jury trial.