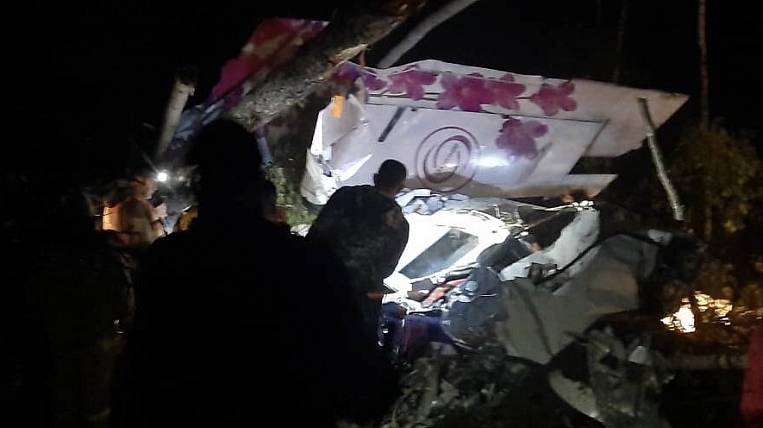 Photo: Main Directorate of the Ministry of Emergency Situations of the Russian Federation for the Irkutsk Region

The families of those killed and injured in the L-410 plane crash in Priangarye will receive financial assistance. The regional government will pay the families of the four victims one million rubles each.

On September 12, a passenger plane L-410 of the Aeroservice airline took off from Irkutsk to the village of Kazachinskoye. At a distance of four kilometers from the destination, the plane is in the fog made a hard landing in hard-to-reach areas. Onboard there were two crew members and 14 passengers. One pilot and three passengers were killed, the rest received various injuries.

The Investigative Committee of Russia named two main versions crash of the aircraft L-410 in the Irkutsk region. Experts discuss the error of piloting when performing a landing maneuver and the failure of equipment.

In the Irkutsk region, a day of mourning for those killed in the L 410 plane crash will be announced on 15 September.