News 07 2020 August
Khabarovsk Krai 12:02 Two more people died from coronavirus in the Khabarovsk Territory
11:22 Coronavirus vaccinations will be given first to doctors and the elderly
10:56 Large developers in Russia are looking for money for salaries


Khabarovsk Krai 10:17 The head of forest management resigned from his post in the Khabarovsk Territory
Amur Region 09:40 22 people fell ill with COVID-19 in the Amur region
Kamchatka 09:34 Sea of ​​Okhotsk cyclone will bring rains to Kamchatka
Chukotka 09:26 Entrepreneurs in Chukotka will receive subsidies for picking wild plants
The Republic of Buryatia 09:13 Rains will ruin the weekend in Buryatia


Primorsky Krai 08:51 Primorye will receive 118 million rubles for the regoperator for MSW management
Khabarovsk Krai 08:34 City shelter for dogs will be built in Khabarovsk
Amur Region 08:19 Traffic on the bridge across the Zeya will be blocked in Blagoveshchensk
08:00 Most Russians cannot afford early retirement
Amur Region 07:44 A storm warning due to a cyclone was announced in the Amur region


The Republic of Sakha (Yakutia) 07:31 Another 56 people in Yakutia got sick with coronavirus
Khabarovsk Krai 07:21 Attractions and museums will resume work in the Khabarovsk Territory
Amur Region 07:11 Minister of housing and communal services appointed in the Amur region
Khabarovsk Krai 07:00 Sberbank loan for education has become more accessible to students in Khabarovsk
06:44 The State Duma proposes to cancel the transport tax on some cars


Khabarovsk Krai 06:38 Blogger Alexei Romanov released from arrest in Khabarovsk
Irkutsk Region 06:09 The number of patients with COVID-14,5 in the Angara region has increased to 19 thousand
More news
Media News2 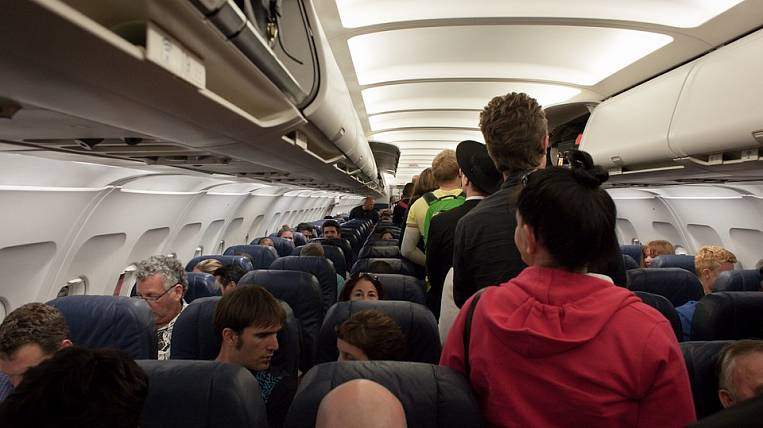 Police in Khabarovsk took off seven drunken residents of Buryatia who were trying to fly to Irkutsk. They were all detained and fined.

Passengers whose age ranged from 35 to 63 years were detained in teletrap. They were very drunk, some could not move on their own. All of them were taken to the duty unit at the Khabarovsk airport.

According to the press service of the transport administration of the Ministry of Internal Affairs in the Far Eastern Federal District, a medical examination confirmed the fact of alcohol intoxication. By decision of the Khabarovsk magistrate’s court, all offenders were fined. The amount of punishment for appearing in public when intoxicated was from 500 to 600 rubles.

High alert introduced in one of the regions of Buryatia

The number of patients with coronavirus exceeded 4,3 thousand in Buryatia