Firefighters stopped fell near a village in the Khabarovsk Territory 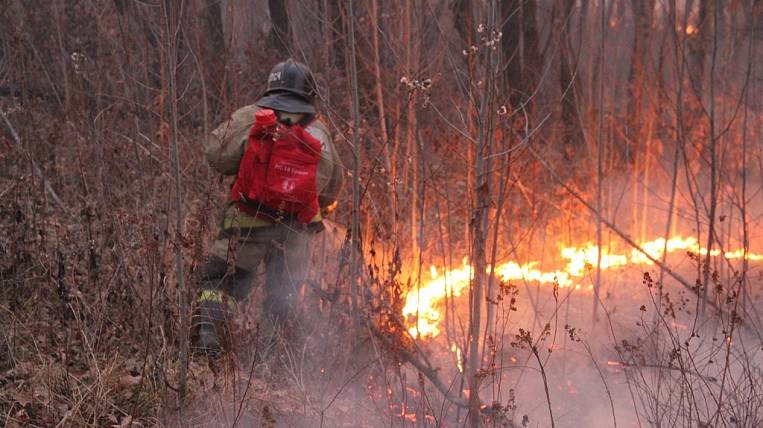 In the Khabarovsk Territory, rescuers extinguished a forest fire that threatened the village of Golubichnoye in the Amur District. More than nine tons of water were drained from the air alone.

As EastRussia was told at the Ministry of Emergency Situations of Russia in the Khabarovsk Territory, the fire started yesterday, but it was possible to stop the spread of the fire only by 19:00. Rescuers plowed the territory with a tractor, and together with the local residents, they let the oncoming one fall to a depth of 500 meters. Also, a Mi-8 helicopter took part in the extinguishing, which in three sorties drained about nine tons of water.

In total, 24 people worked on the fire, two pieces of equipment: a helicopter and a fire train. A group of rescuers from Khabarovsk left for the extinguishing.