The village of Byas-Kyuel burned down in Yakutia 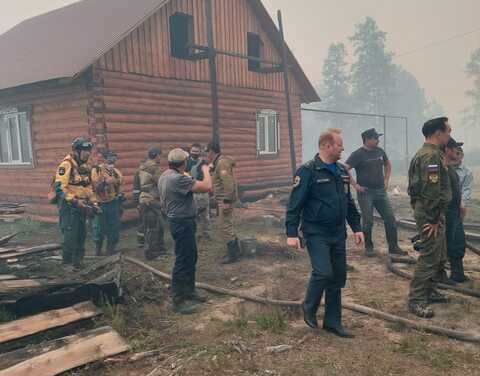 Due to forest fires in Yakutia on August 7, 31 residential buildings and eight outbuildings burned down in the village of Byas-Kyuel in the Atamaysky nasleg of the Gorny region of the republic. Four hundred residents of the village were evacuated to the village of Berdigestyah, where three temporary accommodation centers were organized.

The regional government promises to pay material assistance to the victims, and volunteers help residents on the spot.

According to the press service of the government of Yakutia, the elderly and disabled will be provided with rehabilitation services. And families who have lost their homes will receive 30 thousand rubles for the purchase of essential goods for each family member. In total, 400 residents of Byas-Kyyol were evacuated in Berdigesty, including 221 children. The regional authorities are planning to calculate the damage in the near future and rebuild the burned-out houses at the expense of the republican budget. 225 houses survived.

According to SakhadayOn August 8, volunteers left the village to help the animals burned in the fire. According to eyewitnesses, a forest fire came close to the village, and all the men went to extinguish it. But they could not cope with the fire.

“We came to help the animals, but we saw that people really needed help. The inhabitants walk lost. There is no connection there, so it is difficult to coordinate each other, they were looking for a veterinarian, but they did not find it, - writes volunteer Zlata Sarycheva. Activists of the "Help to survive" movement described the village as a huge ashes, around the corpses of burnt animals. Many residents had chickens and cattle burned down, most often only fragments of stoves remained from their houses, and carcasses of cars in the yards.