Accounts Chamber: cargo flow through the NSR may not take place on time 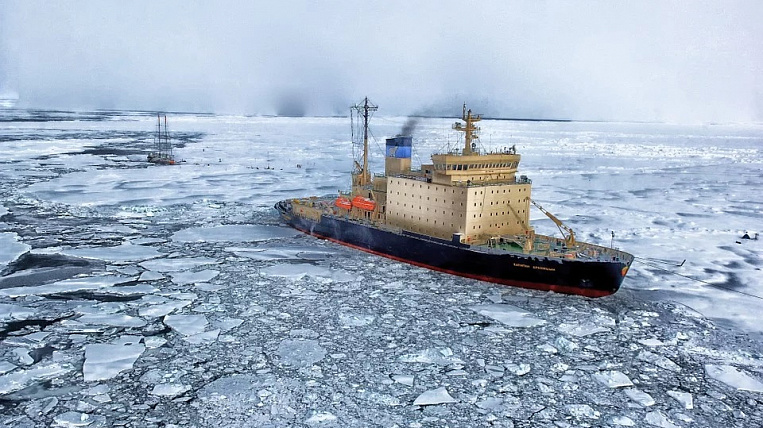 The plans of the Russian government to increase freight traffic along the Northern Sea Route (NSR) to 80 million tons by 2024 may not be completed on time. This was stated by the Accounts Chamber in the interim monitoring of national projects.

The analysis showed that potential large carriers do not have an icebreaking fleet and Arctic-class vessels for transporting goods along the Northern Sea Route. To solve this problem, Vostokugol Management Company plans to order vessels at the Zvezda shipyard. As the Accounts Chamber notes, this, in turn, does not exclude the risks of a shortage of enterprise capacities to fulfill an order and a shortage of vessels at the company.

Also, by 2024, it was planned to transport five tons of oil along the Northern Sea Route of JSC Neftegazholding. However, now the company is only conducting geological exploration in the fields of fields in Taimyr, the results of which do not exclude the insufficiency of the volume of oil produced to ensure the declared volumes of transportation.

In the summer of 2019, Yury Trutnev, Deputy Prime Minister and Presidential Envoy to the Far Eastern Federal District, demanded from Rosatom make a plan infrastructure development of the Northern Sea Route. He was dissatisfied with the fact that work is only in the direction of building and operating icebreakers. The Russian government estimates that the volume of goods transported along the Northern Sea Route by 2035 will reach 160 million tons.