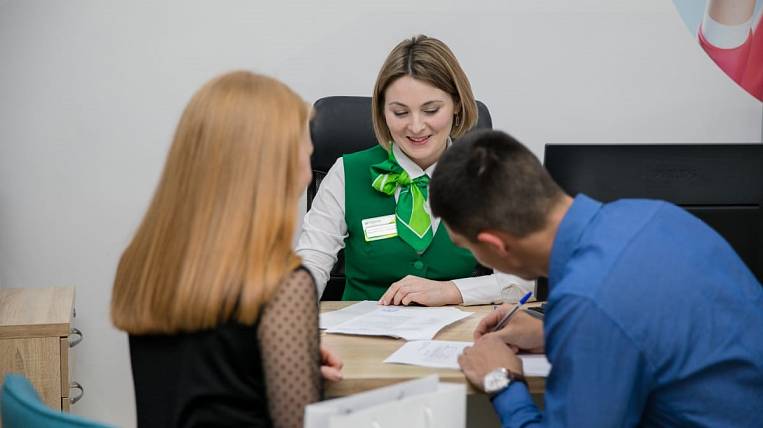 Sberbank began to issue a Far Eastern mortgage. The first participants in the program were a young family from Blagoveshchensk. Also, housing loans at 2% received families from Vladivostok and Khabarovsk.

“We are glad that we came up with all the conditions, and we managed to get a mortgage under the subsidized program, for us it is a real New Year gift,” said Elena Karavan, the first recipient of a Far Eastern mortgage in Sberbank, from Blagoveshchensk.

As the deputy chairman of the Far Eastern Bank, the head of the Blagoveshchensk branch of PJSC Sberbank Sergey Isachkin, noted, for the Far East this is a truly unique opportunity to get a loan at a low interest rate. The number of people wishing to apply for a mortgage is increasing every day, and the bank is ready to provide advice to each client.

In Primorye, the Zalessky family was the first to register a preferential mortgage with Sberbank. Sergey and Irina, young parents, got a loan to improve their living conditions, as two children are growing up.

“The Far Eastern mortgage is a significant support for coastal families. And we see that the inhabitants of the region were waiting for the start of the program. Already now we receive more than 100 applications every day. Sberbank tried to make the product as convenient as possible by making available registration of preferential mortgages both in offices and online through the DomKlik service, ”said Sergei Radyushkin, manager of the Primorsky branch of Sberbank.

According to the bank's press service, before the New Year, the first deal on a preferential housing loan at Sberbank was drawn up in Khabarovsk. The recipients of the Far Eastern mortgage were Artyom and Elizaveta Permyakov. They chose an apartment in a new building in the Northern microdistrict. According to Natalya Krasulina, the head office manager for the Khabarovsk Territory of Sberbank, the Far Eastern mortgage is the most demanded measure of support for the Far East, which will help preserve and increase the population of the region.

“I am sure that this program will create new conditions for people to stay alive and realize themselves in our region. To date, we have already accepted 152 applications for Far East mortgages, 140 of which have already received approval, ”said Natalya Krasulina.

As part of the Far East Mortgage state subsidized program, residents of the Far Eastern Federal District can get a mortgage loan at a rate of 2%. The maximum loan term will be 20 years, the loan amount should not exceed six million rubles, the down payment is 20%. Families in which each spouse is not yet 36 years old can take advantage of preferential mortgage terms, single-parent families with children fall under the program. Owners of "Far Eastern hectares" have the opportunity to take a mortgage at 2% only for building a house.