Experts named the most dangerous places for coronavirus infection 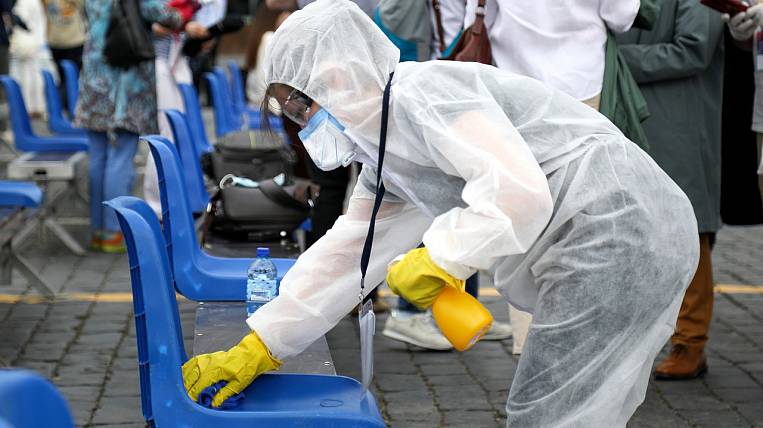 The chance of contracting coronavirus in a club is lower than on a bus. In this case, the danger increases greatly if the room is not equipped with ventilation and is not ventilated.

Rating of the most “contagious” places in the coronavirus “News"Compiled with scientists and virologists. According to experts, after removal of restrictions it is necessary to be especially careful in some places.

In the first place, regardless of the purpose of the room, is the ventilation factor. If ventilation does not work well, then any enclosed space becomes potentially dangerous in terms of infection, says Pavel Volchkov, head of the MIPT laboratory of genomic engineering.

In second place are spaces where people communicate a lot and for a long time. According to the director of the Institute of Medical Parasitology, Tropical and Transmissible Diseases named after Martsinovsky Alexander Lukashev, the greatest danger in this regard is public transport, especially at rush hour. On a par with it are pharmacies and convenience stores, where queues often accumulate.

In third place are bars, cafes, restaurants, clubs and other similar establishments. According to Elena Belova, a specialist in the scientific-clinical department of the AIDS Center and the International Training and Methodological Center for Human Virology at the RUDN University Medical Institute, one can also become infected in churches where many believers gather. Religious buildings are located in fourth place in the rating.

As for the temples, this is confirmed by foreign studies. For example, after a church choir event in Washington State, about 87% of participants became infected. According to scientists, church singing became an additional factor of infection - many particles are released into the air with breathing, and the singers themselves breathe deeper than usual. Because of this, they may be more likely to infect.

In fifth place in the ranking are fitness clubs, concerts, theaters and conferences. According to the Japanese scientist Hitoshi Oshitani from Tohoku University in Sendai, such data were obtained after analyzing the methods and places of infection of several dozen groups. It turned out that places where people breathe intensively and talk a lot pose a great danger: more than half of the studied groups became infected at concerts.

Special care should be exercised when visiting a dentist, where during treatment many aerosol drops are formed. Coronavirus can also be transmitted at sports events, especially in the stands during games. When fans shout out chants, hug after a goal, the danger increases.